Apple is looking to lease a large production campus in Los Angeles for Apple TV+, according to the Wall Street Journal. 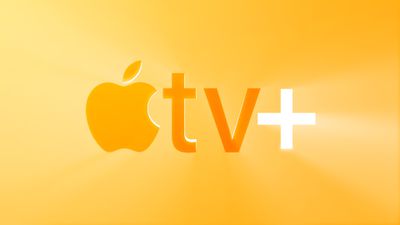 Apple apparently told real-estate development executives about its intention to lease a Los Angeles production campus, presumably for ‌Apple TV+‌. The production hub could exceed half a million square feet in size since it needs to provide enough space to produce multiple TV shows and movies.

Many of the city's available spaces for production are said to be heavily booked for months in advance by studios that need a constant output of content, prompting companies to acquire space for themselves directly or lock-in locations with leases that reserve the space for several years at a time.

Apple is reportedly hoping to deepen its presence in Hollywood by opening the campus. The company currently leases individual soundstages to film for ‌Apple TV+‌ in Los Angeles and other areas around the world, but a dedicated campus could streamline the production process and reinforce Apple's commitment to compete with other video streaming services.

m4mario
Damn, Apple IS going all in with Apple TV+. I thought it was just throwing at the wall to see what sticks.
Score: 7 Votes (Like | Disagree)

CrapShack
I have an idea. Since they have a massive $5 billion structure in Cupertino that nobody seems to want to go back to work to, convert the spaceship into the worlds hugest largest greatest production studio.
Score: 6 Votes (Like | Disagree)

I have an idea. Since they have a massive $5 billion structure in Cupertino that nobody seems to want to go back to work to, convert the spaceship into the worlds hugest largest greatest production studio.

I don't think that makes much sense, for a variety of reasons, starting with your assessment that nobody wants to go back to work there and it'll be empty, going to waste. Second, it's not likely 4.5 million square feet is required for a studio - in Silicon Valley, no less. Third, not counting the 10 employees who threatened to quit if they didn't get their way working at home, where would the 12,000 employees that normally occupy that space work?

Apple likes to make long plans, not being shortsighted.

Spot on. Seems a lot of people here take the position that Apple doesn't know what it's doing and is just dabbling in this area, with no direction or goal in mind. And somehow, through pure luck over the years, just kind of bumbled into becoming one of the most successful companies in the world.
Score: 6 Votes (Like | Disagree)

Oh dear God…
They can call it a ‘campus’, but the last thing we need is another studio in the mix.

There isn't that many studios left, they all merge.
Score: 4 Votes (Like | Disagree)

I’m surprised of all the investments that Apple is putting on Apple TV+. I suscribe to the service and I love many of their shows, but on a business perspective, I highly doubt that this service will be profitable in the near future because of all the huge investments in production and low paying subscribers. I’d love Apple to keep developing this service but I’m wondering what is the point for them to make TV shows, it’s not keeping furthermore anybody in the Apple ecosystem

Apple likes to make long plans, not being shortsighted.
Score: 4 Votes (Like | Disagree)