Apple Looks Beyond Silicon Valley to Improve Recruitment and Retention

Apple is "ramping up efforts to decentralize out of Silicon Valley," following difficulties recruiting and retaining talent at its Apple Park headquarters in California, according to Bloomberg journalist Mark Gurman. 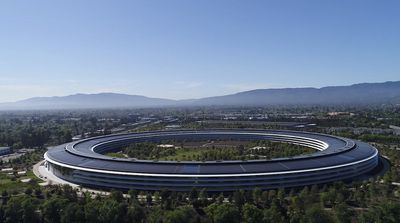 In the second edition of his new Power On newsletter for Bloomberg, Gurman suggests that Apple is prepared to jettison its tradition of attracting technologists to Cupertino in favor of opening offices in places where operation costs are less high and living costs aren't as prohibitive for its employees.

The company is said to be "losing talent" because employees are struggling to afford the high cost of living in the San Francisco Bay Area, despite being high earners by most standards. Anecdotally, many engineers who have spoken to Gurman have complained that they've been unable to balance living expenses with things like college tuition for their children and long-term savings.

At the same time, under the pressure of being the world's most valuable company, Apple is said to have realized that "it can no longer wait for the best designers and engineers to gravitate toward its spaceship," and must instead go to where those people already live, which would also make building a diverse workforce less difficult.

Some members of Apple's executive team had been pushing to decentralize out of Cupertino for years before a fuller realization came into place more recently. Johny Srouji, Apple's head of custom silicon, was one of the strongest proponents of such a shift, I'm told. His group opened up offices in Florida, Massachusetts, Texas, Israel and parts of Asia years ago. It has since expanded in Germany, Oregon and San Diego.

Eddy Cue, Apple's online services chief, has also pushed for decentralization, investing in multiple Los Angeles offices and a location in Nashville. The chief operating officer, Jeff Williams, has internally discussed the cost benefits of a more global workforce, and Deirdre O'Brien, the retail and HR chief, has evangelized for the diversity benefits.

Decentralization across the company is entering full swing, and Apple has engaged in a costly expansion from the sunny coasts of LA and San Diego to the Pacific Northwest of Oregon and Washington, the Rocky Mountains of Colorado, Iowa's Midwest, the Eastern Seaboard of Massachusetts, Miami and New York.

The plans come as Apple prepares to pilot a hybrid work model for its global retail employees that would sometimes allow them to work from home. The move also follows recent reports of corporate staff voicing their displeasure about the company's plan to return to three days of in-person work a week starting in September.

Mcckoe
Right after Tim Cook’s takeover, Apple eliminated the majority of their remote contracted employees. This included a lot of people that worked for Apple; whom didn’t live in specific California areas. Upper management claimed this was to decrease security leaks, but it was basically used to get rid of speciality projects that didn’t fit with the narrative of new management. Apple lost a lot of talent: when they basically asked said, “move to the valley, and take a job here; or find employment elsewhere“. Interesting to see them come full circle; as the cost of living and established lives, were a common reason used back then. Apple lost some very talented people because of those choices, shame this took them so long to realize.
Score: 37 Votes (Like | Disagree)

Blackstick
It’s not surprising. You need an Apple executive’s salary to afford anything close to nice in the Bay Area.
Score: 30 Votes (Like | Disagree)

jjudson
My experience working in Silicon Valley has taught me that the entire area needs to be closed, leveled, and converted to a parking lot or better yet, a wilderness. There is nothing more bizarre than living and working in that environment. Enormous amounts of money are spent on the most amazingly wasteful and non-business-related baubles, while employees are unable to keep up with the extravagant living expenses to reside near their jobs. Homelessness is out of control there, as is congestion and environmental damage. This is all not to even mention the destruction that much of Silicon Valley imposes on our culture and society by their manipulation and control through the social media platforms they own.

no_idea
Will be interesting to see what the long term affects of the Bay Area housing price comes to. My guess if more companies push for this, you will see a substantial drop in housing prices…simple supply/demand at work
Score: 21 Votes (Like | Disagree)

Apple_Robert
Maybe Apple is working on building multiple spaceships that can transport people from home to the mothership in San Fran.
Score: 20 Votes (Like | Disagree)

Danoc
Soon: "iPhone. Designed in Texas. Made in Vietnam."
Score: 19 Votes (Like | Disagree)
Read All Comments

Apple Watch Owners With UnitedHealthcare Can Earn Awards for Being Active