Snapchat's support account today confirmed on Twitter that its latest App Store update, pushed less than one day ago, is causing widespread issues for users, specifically causing the app to crash a few seconds after launch. 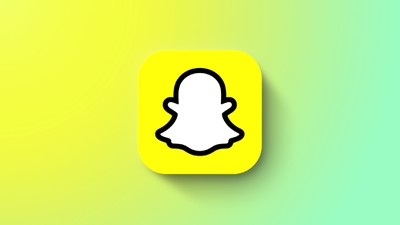 The latest ‌App Store‌ update, version 11.34.05.45, is listed as a normal update with bug fixes, but it has caused widespread crashes for users. Over the last few hours, Twitter has been bombarded with users reporting the issue, with no fix currently available. Snapchat, at the time of writing, has not yet pulled the update and says it is working on a fix. The fix will likely come in the form of a new ‌App Store‌ version.

Snapchat users on previous versions of Snapchat for iOS should be clear of any app crashes. For users impacted by the latest update, be sure to keep the app up to date by periodically checking the ‌App Store‌ for any updates or by enabling automatic ‌App Store‌ updates within Settings.

Update: Snapchat has released an updated version of its app on the ‌App Store‌ that solves the crashing bug.

zorinlynx
One of the biggest annoyances about the App Store is the inability to roll back to the previous version of an app.

I don't understand why Apple hasn't implemented such basic functionality. There's no reason a bad update should inconvenience users any longer than it takes for them to hit "Downgrade".
Score: 20 Votes (Like | Disagree)

People still use Snapchat in 2021?

incoherent_1
I actually found a hack for preventing these crashes and wanted to share with the community here:
1. Tap and hold Snapchat icon
2. Wait until it starts jiggling
3. Tap “Remove app”

TheYayAreaLiving
People still use Snapchat in 2021?
Score: 6 Votes (Like | Disagree)

now i see it
Not once in ten years have I ever found updating any app worth anything. The new version is never better, just different and usually worse in many respects. My motto: if you've got an app the works fine, DONT update it ever
Score: 4 Votes (Like | Disagree)
Read All Comments

Thursday July 29, 2021 5:06 pm PDT by Juli Clover
Apple's App Store and iTunes Store are both experiencing outages at the current time, according to Apple's System Status page. The outage started this afternoon, and affected users may see slow App Store performance or may be unable to use the App Store at all. There are numerous reports on social media from users who are seeing App Store issues. It is not clear what caused the outage nor ...
Read Full Article • 3 comments

Thursday July 22, 2021 3:22 pm PDT by Juli Clover
iDOS 2, an app designed to allow users to play classic DOS games, will soon be pulled from the App Store, the app's creator said today. According to iDOS developer Chaoji Li, he tried to submit an iDOS update with bug fixes to the App Store, but was told that the update was rejected because it violated the 2.5.2 App Store guideline that says apps cannot install or launch executable code.Durin...
Read Full Article • 293 comments

Monday July 26, 2021 3:00 pm PDT by Juli Clover
Following the release of iOS 14.7 last week, Apple has stopped signing iOS 14.6, the previously available version of iOS that was released in May. With iOS 14.6 no longer being signed, it is not possible to downgrade to iOS 14.6 if you've already installed iOS 14.7 or iOS 14.7.1. Apple routinely stops signing older versions of software updates after new releases come out in order to...
Read Full Article • 8 comments

Friday July 16, 2021 2:37 pm PDT by Juli Clover
Fakespot, which is known for analyzing reviews from popular websites to determine their accuracy, today had its iOS app removed from Apple's App Store. According to The Verge, Amazon sent Apple a takedown request, which led to the app being pulled. Fakespot's iOS app just launched in June, and it was designed to allow users to log into Amazon and buy items while using the Fakespot engine to...
Read Full Article • 187 comments

Friday June 11, 2021 10:47 am PDT by Sami Fathi
After years of neglect, Adobe is removing its free "Photoshop Mix" and "Photoshop Fix" apps from the App Store on June 21, 2021. Adobe made the announcement in an update to its FAQ page for each of the apps. On the pages, Adobe says that both apps will be removed from the App Store on June 21, and advises users who used the apps to switch to using its "Photoshop Express Photo Editor," which...
Read Full Article • 26 comments