In an email informing Apple TV+ subscribers that their free trial period will soon lapse, Apple also revealed that the series "Foundation" and "The Problem With Jon Stewart" will both premiere in September, but no specific dates were provided. 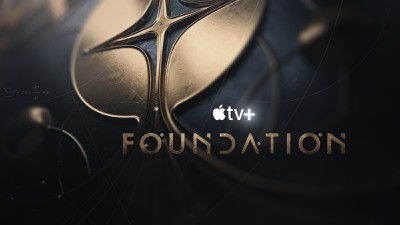 From the email, received by a MacRumors editor:

Plus, there's much more to come with highly anticipated new dramas, comedies, kids shows and some of the biggest films in streaming:

The release dates for the other ‌Apple TV+‌ series in the list were previously known.

Based on the award-winning novels by Isaac Asimov, Apple said "Foundation" will chronicle a band of exiles on their monumental journey to save humanity and rebuild civilization amid the fall of the Galactic Empire.


"The Problem With Jon Stewart" will explore topics that are currently part of the national conversation, according to Apple. The new, original current affairs series will mark Stewart's return to television after his 20-time Emmy Award-winning run on the Comedy Central series "The Daily Show with Jon Stewart" came to a close in 2015.

For many ‌Apple TV+‌ users, expect your subscription to automatically renew for the standard $4.99 per month starting July 1. This date may vary slightly for some users depending on the date that you first subscribed to the service.

And yes, I intend to maintain my subscription for AppleTV+ once it goes paid. Plenty of value for me.
Score: 24 Votes (Like | Disagree)

tedwill
I've waited for years for Foundation to be made into a film. Have a series like this will hopefully do the books justice in a way that a two hour film cannot.
Score: 18 Votes (Like | Disagree)

Guys, will you further extend your subscription due to these series? I won’t. sorry, Apple.

My free subscription ends in November, I will extend it, not only for Foundation but because I like the other shows very much. Can't wait for Foundation and the new seasons of at least See and Ted Lasso this year.
Score: 14 Votes (Like | Disagree)

Guys, will you further extend your subscription due to these series? I won’t. sorry, Apple.

Yes, Apple TV+ is slowly turning into my favourite streaming service. Though admittedly I'm doing it through AppleOne subscription bundle, although that was its purpose and it worked on me. ;)
Score: 13 Votes (Like | Disagree)

ikir
Can't wait! Foundation hype is at Game of Thrones level for me
Score: 11 Votes (Like | Disagree)

gccumber
I've been paying for AppleTV+ for a while now. For my money its some of the best content out there. I'm specifically excited for Foundation!
Score: 6 Votes (Like | Disagree)
Read All Comments

Monday June 28, 2021 6:26 am PDT by Joe Rossignol
Apple TV+ today announced that the 10-episode first season of science fiction series "Foundation" will premiere globally on September 24 with the release of the first three episodes, followed by one new episode weekly every Friday. Based on the best-selling novels by Isaac Asimov, Apple says "Foundation" is an epic saga chronicling a band of exiles on their monumental journey to save...
Read Full Article • 114 comments

Friday June 25, 2021 8:12 am PDT by Joe Rossignol
Apple today announced the release of the official trailer for the upcoming musical comedy series "Schmigadoon!" ahead of its July 16 premiere on Apple TV+. A parody of iconic Golden Age musicals, Apple says "Schmigadoon!" stars Cecily Strong and Keegan-Michael Key as a couple on a backpacking trip designed to reinvigorate their relationship who discover a magical town living in a 1940s...
Read Full Article • 54 comments

Friday July 16, 2021 12:45 am PDT by Sami Fathi
Ahead of its global premiere next week, Apple today held a screening event for season two of the Apple TV+ hit comedy series "Ted Lasso" at the Pacific Design Center in Los Angeles, and was attended by the cast and creators of the show, including Apple CEO Tim Cook. "Ted Lasso" first aired last year as one of the first original series for the Apple TV+ platform and has since grown in...
Read Full Article • 44 comments

Thursday July 29, 2021 7:21 am PDT by Sami Fathi
Apple today released the trailer for the second season of its Apple TV+ original show "See," which will premiere with one episode on the platform on August 27, with new episodes following every Friday. The second season of the show will run for a total of eight episodes. "See" was one of the first shows to premiere on Apple TV+ in 2019 and features Jason Momoa, Dave Bautista, and Alfre...
Read Full Article • 53 comments

Wednesday July 7, 2021 11:50 pm PDT by Tim Hardwick
Ahead of a July 23 premiere, Apple TV+ has posted a new "Ted Lasso" video on its official YouTube channel called "The Lasso Way." The video combines clips from the new season with interviews with the cast of the series, discussing how the feel-good show has positively impacted their lives and the lives of many viewers they've heard from since its launch. The second season has been widely...
Read Full Article • 19 comments

Wednesday July 7, 2021 2:26 am PDT by Sami Fathi
The Apple TV+ series "Defending Jacob" is now available for customers to purchase on Blu-ray and DVD instead of being exclusively available through Apple TV+ on Apple's devices and supported TVs and streaming boxes. Spotted by 9to5Mac, the Paramount-backed series can be purchased on Amazon in either Blu-ray or standard DVD format for $34.99 and $19.99, respectively. The show initially...
Read Full Article • 99 comments