Apple today shared a trailer for the whale documentary "Fathom" on YouTube ahead of its worldwide debut on Apple TV+ on June 25. See our original coverage below for more details about the film.


Apple earlier this month announced that it purchased the rights to "Fathom," a documentary that follows two scientists as they attempt to communicate with humpback whales and unravel the mystery of why they sing. 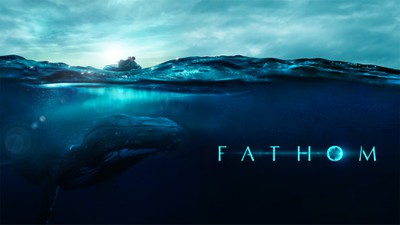 As they embark on parallel research journeys on opposite sides of the world, they seek to better understand whale culture and communication. The documentary film uniquely reveals a deep commitment and reverence to the scientific process and the universal human need to seek answers about the world around us. From hypothesis to groundbreaking experiences in the field, "Fathom" showcases the passion, curiosity, collaboration, perseverance and work it takes for leading scientists to make scientific discoveries.

"Fathom" is set to premiere on ‌Apple TV+‌ on Friday, June 25, and it joins several other nature-focused documentaries on Apple's streaming service such as "Tiny World," "The Year Earth Changed," "Fireball," "The Elephant Queen," "Earth at Night in Color," and more.

69Mustang
Scientist: "Whale, why do you sing?"

Apple_Robert
This is the kind of t.v. that I enjoy. Looking forward to seeing this.
Score: 17 Votes (Like | Disagree)

Meh. Everyone knows it’s to talk to alien probes.

"Please, please - We're looking for the naval base in Alameda can you tell us where the nuclear wessels are?"
Score: 12 Votes (Like | Disagree)

pinsquid
Pretty excited for this. Streaming services always seem to release really strong and beautifully shot nature documentaries once they get the ball rolling, and this one looks intriguing.
Score: 10 Votes (Like | Disagree)

"Please, please - We're looking for the naval base in Alameda can you tell us where the nuclear wessels are?"

"Maybe he's singing to that man."