AppleCare+ for Apple TV Now Available for the First Time

Following the launch of an updated and more powerful Apple TV 4K with an A12 Bionic chip, Apple today introduced AppleCare+ for ‌Apple TV‌ for the first time, offering customers extended coverage for their ‌Apple TV‌. 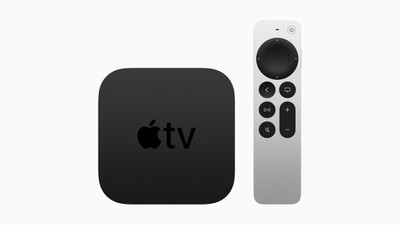 For both the new generation ‌Apple TV‌ 4K and the older ‌Apple TV‌ HD, ‌AppleCare‌+ will cost an additional $29, or $4.83 per month for 6 months.

Neepman
Why on earth would you buy apple care at all for a device like this? Its not like it is going to be mobile and prone to breakage and it probably will become functionally obsolete in three years anyway.
Score: 5 Votes (Like | Disagree)

szw-mapple fan
Ehhh it's probably not worth it. I don't know anyone who had broken Apple TV hardware.
Score: 3 Votes (Like | Disagree)

… and it probably will become functionally obsolete in three years anyway.

I don't think so. The most recent model prior to this one was released in 2017. As in, it was the cutting edge from Apple for nearly 4 years. I still have a 2011 model that I use to AirPlay Disney+ to an old 720p TV. They don't go obsolete quickly.

What I will agree on is that I don't think anything really happens to these devices, so AppleCare+ doesn't make much sense.
Score: 3 Votes (Like | Disagree)

kendo88
I had an Apple TV 4K fail on me after a software update, just got a splash screen telling me to go to apple support site. Of course, these new models with no USB port do not allow you to restore the software, had to argue with the apple store to get it replaced outside of warranty. So AppleCare may be useful in some scenarios
Score: 3 Votes (Like | Disagree)

How!?!? They are literally a piece of aluminum.
Score: 2 Votes (Like | Disagree)
Read All Comments