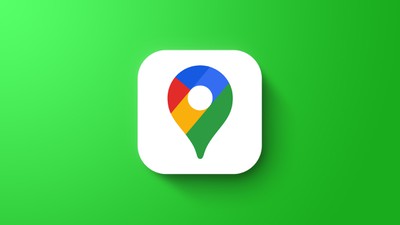 Apple in December began requiring all new app submissions and app updates to include App Privacy labels, detailing the data that is collected by the app so consumers know what they're sharing.

Google didn't begin implementing App Privacy labels until February, and Google apps went several months without an update. Gmail, in fact, went so long without updating that it started giving users a warning that it was out of date, but no update was available.

Google Maps was updated with App Privacy labels in early April, and alongside Google Photos, it was one of the last apps to get the data collection details.

Now that Google Maps is compliant with the App Store rules, Google is once again able to update it. Today's version 5.65 refresh is minor in scale, offering bug fixes that improve the Google Maps app, but Google is now free to add additional features going forward.

zorinlynx
So much of Google Maps is server side that it probably doesn't make a big difference to Google.
Score: 9 Votes (Like | Disagree)

mjs916
I’m curious as to why they waited so long.

it gives the impression of something to hide but I’m highly distrustful of Google so my opinion may be biased.
Score: 8 Votes (Like | Disagree)

Theyayarealivin
iOs 14.5 around the corner perhaps?
Score: 8 Votes (Like | Disagree)

Robert.Walter
LoL Google’s likely had a robust internal debate about which spying elements they had to remove to protect brand perception vs the hit to revenue.
Score: 7 Votes (Like | Disagree)

Deliro
I don’t use any Google services willingly. The only thing that I wish Apple Maps have that Googles does is the ability to download offline maps for certain areas.
Score: 5 Votes (Like | Disagree)

GubbyMan
I wonder how many months it'll take for the next update when app tracking transparency becomes a requirement.
Score: 4 Votes (Like | Disagree)
Read All Comments