It's no secret that Apple sees iMessage as a big enough selling point to keep the service exclusive to Apple devices, however new court filings submitted by Epic Games in its ongoing lawsuit with the company reveal just how Apple executives have rationalized their decision not to develop a version of iMessage for Android. 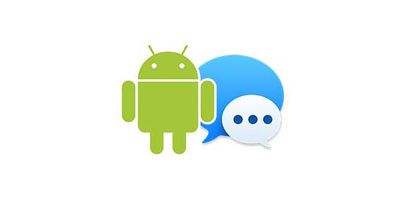 Apple clearly recognizes the power that iMessage has to keep users loyal to its platforms, particularly in the U.S., and Epic is using emails as well as extracts from depositions with Apple executives Eddie Cue, Craig Federighi, and Phil Schiller to bolster its narrative that Apple seeks to lock customers into its ecosystem.

For example, the document cites an 2016 email in which an unnamed former Apple employee complained that iMessage "amounts to serious lock-in," which prompted Schiller to respond: "Moving iMessage to Android will hurt us more than help us, this email illustrates why."

b. Mr. Cue testified that Apple "could have made a version on Android that worked with iOS" such that there would "have been cross-compatibility with the iOS platform so that users of both platforms would have been able to exchange messages with one another seamlessly". (Cue Dep. 92:5-9; 92:11-16.)

c. However, Craig Federighi, Apple's Senior Vice President of Software Engineering and the executive in charge of iOS, feared that "iMessage on Android would simply serve to remove [an] obstacle to iPhone families giving their kids Android phones". (PX407, at '122.)

d. Phil Schiller, an Apple executive in charge of the App Store, agreed that Apple should not offer iMessage on Android devices. (Cue Dep. 92:18-93:1.)

e. In 2016, when a former Apple employee commented that "the #1 most difficult [reason] to leave the Apple universe app is iMessage . . . iMessage amounts to serious lock-in" to the Apple ecosystem, Mr. Schiller commented that "moving iMessage to Android will hurt us more than help us, this email illustrates why". (PX416, at '610; Cue Dep. 114:14-115:2.)

As Cue's comments show, Apple was capable of developing an Android version of iMessage as early as 2013, but chose not to, since it would remove one obstacle that prevents families from giving their children Android phones.

In 2016, rumors began swirling around the possibility Apple might launch a version of iMessage for Android smartphones due to the company's increased focus on services, however senior Apple executives shot down those rumors by admitting that having a superior messaging platform that only worked on Apple devices would help sales of those devices, which has been the company's classic (and successful) rationale for years.

Apple does distribute some apps on the Google Play store for Android, such as Apple Music, Move to iOS (for users who are transitioning from an Android smartphone to an iPhone), and Beats, an app used to pair with Beats products with Android devices.

Mike_kr
So Apple is doing its best to keep its customer. What a bad company. No other company does that. All other companies just want their customers to leave them. Did Epic really lost any leftovers of common sense?
Score: 61 Votes (Like | Disagree)

Apple Knowledge Navigator
It's too late now anyway. WhatsApp is so popular in Europe that I don't think anyone would use iMessage exclusively.
Score: 41 Votes (Like | Disagree)

Phil A.
There is no way Apple was ever going to put iMessage on Android or Windows: It could only hurt them to do so as they get no revenue from it, unlike Apple TV+ and Apple Music.

One of the purposes of iMessage is to create a distinguishing feature between messaging on Apple devices and messaging on other devices in order to drive sales of Apple stuff. I don't see why this is either a surprise or a problem.

If Apple really cared about privacy it would had given us iMessage for Android.
Then we wouldn't need to install Whatsapp or other junk to talk to others with Android phones.
Everyone would just use iMessage on iPhone and Android and would instantly kill all other messaging services.
Plus Android does support SMS+Messaging app integration (look at Signal) so the experience would had been similar.
They could offer an ad-based version (ads only by Apple) or a bit cut down version as an alternative.

This literally makes no sense. Apple cares about privacy. They’ve shown it with their product development. But they’re a business. If someone chooses to give Google all their data, it’s not Apple’s responsibility to stop that. This is akin to the US thinking democracy should apply everywhere and therefore engaging in war to force that on communists.
Score: 32 Votes (Like | Disagree)

djcerla
The most American of lock-ins, since iMessage is barely used elsewhere.

Epic should seriously consider going home, after leaving the car keys to the bartender.
Score: 30 Votes (Like | Disagree)

AlexESP
The world has become a strange place in some ways. What’s so strange in the fact that a company doesn’t want to share one feature that makes their products more appealing with no clear upside in doing so?
Score: 28 Votes (Like | Disagree)
Read All Comments