Twitter-owned app Periscope today announced that its dedicated app for the live video service will be shut down as of today. In a tweet, Periscope said that today is the last day that the Periscope app will be available. 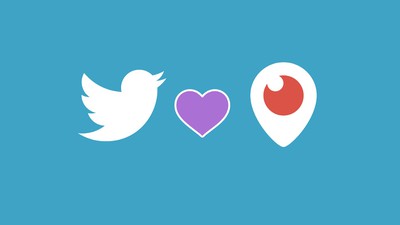 Periscope first announced its planned shutdown in December of 2020, and said that the app was being shuttered because most of the Periscope functionality has now transitioned to the Twitter app.

The Periscope app was still available un an "unsustainable maintenance-mode state" with declining usage and rising costs, and the Periscope team said that leaving the app as is wasn't "doing right by the current and former Periscope community or by Twitter."

This is it. Our final goodbye. Today is the last day the Periscope app will be available. We leave you with our gratitude for all the creators and viewers who brighten the Periscope community. We hope to see you all live on Twitter. 💜 pic.twitter.com/fRbYdEYInf — Periscope (@PeriscopeCo) March 31, 2021

Periscope's core capabilities are available through Twitter, and the app has not allowed new account creation since last year. Broadcasts shared to Twitter will be available as replays, and all Periscope users will be able download an archive of broadcasts and data.

With the Periscope app gone, people will be able to broadcast using Twitter Live within the compose view by tapping on the in-app camera option. Brands, publishers, and creators can go live using Media Studio.

coolajami
I didn't even know there is such service...
Score: 7 Votes (Like | Disagree)

jigzaw
One unique thing that I don't think twitter has is you could see a map of the world with dots where people were broadcasting and pop in and look at them. That was really fascinating. Occasionally I'd wander around the globe and peek in on broadcasts from various parts of the world. When Venezuela was protesting, I spun the globe over to them and peeked in people broadcasting the protests as they happened. If twitter doesn't incorporate that kind of discoverability and exploration, then fie on them.
Score: 3 Votes (Like | Disagree)

qoop
Yet another service that spent its time trying to extract profits from nothing.
Score: 3 Votes (Like | Disagree)

TheYayAreaLiving
At first, I thought it was Periscope camera for the iphone... Didn't know such service existed.
Score: 3 Votes (Like | Disagree)
Read All Comments

Friday May 14, 2021 5:37 am PDT by Hartley Charlton
Twitter will re-launch its long-awaited verification program next week, according to researcher Jane Manchum Wong. Twitter verification has been a mainstay of the social media platform since 2009. A blue checkmark by a user's name indicates that they are verified, helping observers to distinguish genuine notable account holders, such as celebrities, politicians, or organizations, from...
Read Full Article • 56 comments

Tuesday December 15, 2020 12:34 pm PST by Juli Clover
Twitter-owned app Periscope today announced that the dedicated app for the live video service will be shut down by March 2021 now that most of the Periscope functionality has transitioned into the Twitter app. The Periscope app in its current state is in an "unsustainable maintenance-mode state" with declining usage and rising costs. The Periscope team says that leaving the app as is "isn't...
Read Full Article • 22 comments

Tuesday March 9, 2021 7:31 am PST by Sami Fathi
Last month, Twitter announced "Super Follow," a new business model that will allow creators to charge users for exclusive content on the platform. To make it work, Twitter will enable users to pay creators, influencers, and others a set monthly price to become a "Super Follower" via an in-app purchase on iOS and Android. Apple's in-app purchasing system, which gives the tech giant a 30%...
Read Full Article • 38 comments