In partnership with South Carolina's governor and the local community, Apple will be taking part in a $6 million investment to build eight open access Mac computer labs across the state. 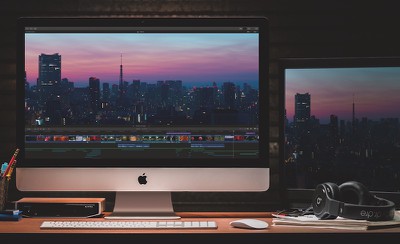 Governor Henry McMaster announced the education initiative at a press conference on Tuesday, saying that the expanded access to broadband and computers will "bolster South Carolina's premier workforce training efforts by giving our communities and people access to resources they need to expand participation in our state's growing economy."

Building on previously announced projects, Apple will work with HBCUs (Historically Black Colleges and Universities), the South Carolina Technical College System, and the local community directly to strategically build the new labs in places accessible to as many people as possible.

Susan Prescott, Apple's VP of worldwide developer relations and enterprise, says that Apple is a firm believer in education and that equal access to technology is a great equalizer for communities.

"At Apple, we believe education is the great equalizer, and that access to technology is key to learning and workforce opportunities today. We are proud that Apple products and curriculum have been selected by the University of South Carolina and Benedict College for their new education labs. Together, we aim to ensure all South Carolinians have the opportunity to learn, code, create, and grow in new ways."

Specifics on what Macs will be included in the labs are unknown; however, it will be open for use by staff, students, and community members regularly at no cost.

DanGoh
I’m sorry but do they not have Libraries in South Carolina???
Score: 4 Votes (Like | Disagree)

Captain Trips
I haven't lived in South Carolina since 1996, but here in the Central Ohio area it seems to be common to provide computers in libraries for public access to people who don't have a computer or internet access from home, or find it more convenient (too many people at home or lot of distraction) to use a computer at a library.

Yes, it would be nice to expand broadband access to homes that don't have it, but that doesn't reduce the value of having publicly / freely accessible computers. One doesn't prevent the other from happening.
Score: 3 Votes (Like | Disagree)

swingerofbirch
Sounds kind of like an Internet cafe (I guess?), which you don't really hear about anymore. A little confusing what this will do. People need help paying for broadband more than computers IMO.
Score: 2 Votes (Like | Disagree)

BGPL
Wonder what they'll use for anti-malware and censorship?
Score: 2 Votes (Like | Disagree)

Yes, it would be nice to expand broadband access to homes that don't have it, but that doesn't reduce the value of having publicly / freely accessible computers. One doesn't prevent the other from happening.

BF1M
Hard to believe but Internet cafes were still a thriving business in some areas pre-Covid. Especially those with high Hispanic populations.
Score: 1 Votes (Like | Disagree)
Read All Comments

Wednesday January 13, 2021 4:08 am PST by Tim Hardwick
Apple today announced a set of new projects as part of its $100 million Racial Equity and Justice Initiative (REJI) to help dismantle systemic barriers to opportunity and combat injustices faced by communities of color. Rendering of the Propel Center The projects include the Propel Center, a global innovation and learning hub for Historically Black Colleges and Universities (HBCUs), an Apple ...
Read Full Article • 597 comments

Thursday February 25, 2021 6:00 am PST by Juli Clover
Apple today announced that it is teaming up with Encircle LGBTQ+ Family and Youth Center to fund a new "$8 million, 8 Houses" initiative that will allow Encircle to build new community centers that provide support, mental health services, and community to LGBTQ+ youth and their families. Apple is donating $1 million and Apple products like iPads that promote digital connection, creativity,...
Read Full Article

Thursday April 22, 2021 7:02 am PDT by Juli Clover
Apple today shared a trailer for the whale documentary "Fathom" on YouTube ahead of its worldwide debut on Apple TV+ on June 25. See our original coverage below for more details about the film. Apple earlier this month announced that it purchased the rights to "Fathom," a documentary that follows two scientists as they attempt to communicate with humpback whales and unravel the mystery of...
Read Full Article • 42 comments