Epic Games today said it had filed a complaint to the UK's antitrust watchdog in support of the government department's ongoing investigation into Apple's alleged anti-competitive behavior. 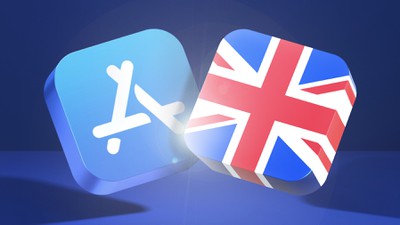 In September 2020, the United Kingdom Competition and Markets Authority (CMA) launched an initial inquiry into developers' complaints about Apple's App Store and so-called "anti-competitive" practices. The CMA is now concluding its initial inquiry to launch an official investigation under Chapter II of the 1998 Competition Act.

Chapter II relates to a specific company or organization using its domain position within a particular market or industry to limit competition and further enhance its position. In recent months, developers, motivated mainly by ‌Epic Games‌, have accused Apple of using its dominant position on its platforms and the platform to hinder competition. The CMA says that it has "reasonable grounds" to believe that Apple has broken competition law in some form under the Competition Act of 1998.

Filed in relation to the official investigation, Epic's latest complaint alleges that Apple's anticompetitive practices and rules governing the distribution of apps and payment processing constitute a "clear violation of the UK Competition Act of 1998."

Epic argues that it also illustrates Apple's monopolistic practices, which "forbid users and developers respectively from acquiring or distributing apps through marketplaces other than Apple's ‌App Store‌, while simultaneously forcing any in-app purchase to be processed through Apple's own payment system."

"By kneecapping the competition and exerting its monopoly power over app distribution and payments, Apple strips UK consumers of the right to choose how and where they get their apps, while locking developers into a single marketplace that lets Apple charge any commission rate they choose," said Epic Games founder and CEO Tim Sweeney. "These harmful practices lead to artificially inflated costs for consumers, and stifle innovation among developers, many of whom are unable to compete in a digital ecosystem that is rigged against them."

Epic says that it isn't seeking financial damages, but rather "regulatory remedies" that will prevent Apple's "intentional distortion and manipulation of the market," in order to ensure fair access and competition for consumers and developers in the UK and around the world.

In January, ‌Epic submitted a complaint to the United Kingdom's Competition Appeal Tribunal in an effort to get the Fortnite app back on the ‌App Store‌ in the UK. ‌Epic argued that Apple's decision to remove Fortnite was unlawful, and tried to convince the Appeal Tribunal that it was acting on behalf of consumers and developers in the UK impacted by "Apple and Google's misuse of market power."

However, the judge ruled that ‌Epic's case against Apple Inc. was better decided in the United States, but said that ‌‌Epic Games‌‌ could sue Apple (UK) Limited, a European arm of the company.

Apple and ‌‌Epic Games‌‌ will continue their legal fight in the United States, with the two companies set to face off in court in May 2021.

Neither company has a right to exist if they're going to be this moany about everything.

Ummm….
One is trying to destroy user safety & the other’s entire business model to sidestep spending a solitary penny on an expensive infrastructure that they’ve reaped tens of millions of dollars from- whilst the other is working to protect your data/privacy & their own profit.

SUPER weird if you think both of those are the same level of “moany”.
Score: 15 Votes (Like | Disagree)

Why didn’t you stop Nazis and pedos from grooming kids in Fortnite when it was reporting a bazillion epic times?
Score: 9 Votes (Like | Disagree)

theSeb
I am curious how Epic manages to point at others with a straight face and yet is quite happy to offer publishers and game devs exclusivity deals so that their games are only sold via the Epic store. Is that not anti-competitive behaviour? I remember a long time ago when Epic used to be a cool company. Sad.
Score: 6 Votes (Like | Disagree)

I believe it’s just a matter of time before the hammer drops and Apple is found to be in violation of the law. I just don’t see how Apple can win against antitrust concerns on a long term basis if it continues on a campaign of restricting trade between users and app developers. Some developers may have a very different vision to Apple of what an app can be. Who is Apple to restrict this innovation? Who is Apple to restrict trade?

Apple profits off of being the sole App Store operator; it is an iOS App Store operator monopoly, and it takes a cut of all in-app payments for electronic goods. Curious that Apple doesn’t take a cut for physical goods like Uber or Lyft. Why the distinction? What is the basis?

Users should be given the choice to get their apps from wherever they please. If iOS is opened up to allow other app stores to operate, nothing is forcing users who are fearful of potentially bad app stores to use th. Android allows the use of other app stores besides the Google Play Store, but you don’t have to use them if you don’t want to.

Yes there may be concerns of user privacy if iOS users download apps from other app stores, but users of macOS face this same problem, and yet Apple hasn’t locked that platform down.

Will be interesting to see what happens in this space.

I see a lot of people making this point but completely missing the following:

If an app I want is currently available in the App Store but in the future is only available in a different store, if I want that app I HAVE to use the other store whether I want to or not because the developer removed the app from the store I want to use.

The choice to only use the apple App Store is therefore no longer my choice and becomes the developers choice instead, or I have to do without the app. Both options are bad for me.
Score: 5 Votes (Like | Disagree)

Good luck to Epic. The App Store is evil, and it needs to be destroyed bit by bit no matter who does it.

Not going to happen (but you and Epic can dream)
Score: 5 Votes (Like | Disagree)

I would hazard a guess many people on this forum pick Apple products precisely because they do NOT operate the way google and android does and Epic apparently trying to take that choice away from them is an affront.

If a government outlaws the way Apple does business with the App Store the message being sent is that the interests of developers trump the interests of consumers.
Score: 5 Votes (Like | Disagree)
Read All Comments

Thursday January 14, 2021 12:14 pm PST by Juli Clover
Epic Games has submitted a complaint to the United Kingdom's Competition Appeal Tribunal, expanding its Fortnite legal battle with both Apple and Google to another country. According to Bloomberg, Epic Games is claiming that Apple's decision to remove Fortnite from the App Store was unlawful, and the company is aiming to get Apple to allow Fortnite back into the British App Store. In a...
Read Full Article • 113 comments