Apple will face a French antitrust probe into its upcoming App Tracking Transparency feature, following a complaint from advertisers in the country that the planned changes are anticompetitive. 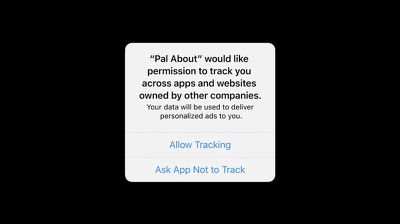 Starting in iOS 14.5, Apple will require apps to get opt-in permission from users to collect their random advertising identifier, which advertisers use to deliver personalized ads and track how effective their campaigns were.

In light of the planned changes, a group of advertising companies and publishers filed a complaint in France last year alleging that the wording of Apple's permission prompt will lead most users to decline tracking of their device's advertising identifier, which could result in lost revenue.

On Wednesday, France's competition regulator rejected a plea from the group to block Apple's plan to restrict tracking of users' app usage, on the grounds that obtaining consent "doesn't appear to be abusive." Instead, the probe will scrutinize whether Apple is being consistent in applying the same rules to itself.

The investigation will "look closely" at whether Apple applied less stringent rules to itself than to other services as it makes privacy changes to curb online tracking in its forthcoming iOS 14 software update, the authority's chief, Isabelle de Silva told reporters at a Paris press conference on Wednesday. The case shows the need for fast antitrust action into technical issues, she said, promising a final ruling by early 2022 at the latest.

Apple's planned rollout of its new App Tracking Transparency feature has been controversial among advertisers from the off, with the upcoming feature drawing criticism from the likes of Facebook, which is concerned that many users will not consent to being tracked across apps for ad personalization purposes.

App Tracking Transparency is different from Apple's own personalized advertising system, which the regulator is likely to scrutinize as part of its probe. Apple's ads system doesn't track users across apps and doesn't identify users to target its ads. Instead, it relies on the anonymous grouping of users' shared characteristics such as apps downloaded, age, country or city of residence, and gender.

In a statement given to Bloomberg, Apple said it was "grateful" to the authority for "recognizing that app tracking transparency in iOS 14 is in the best interest of French iOS users," and said it looked forward to working with regulators on user privacy and competition.

Update: Apple issued the following statement to MacRumors in response to the French Competition Authority:

We're grateful to the French Competition Authority for recognizing that App Tracking Transparency in iOS 14 is in the best interest of French iOS users. ATT will provide a powerful user privacy benefit by requiring developers to ask users' permission before sharing their data with other companies for the purposes of advertising, or with data brokers. We firmly believe that users' data belongs to them, and that they should control when that data is shared, and with whom. We look forward to further engagement with the FCA on this critical matter of user privacy and competition.

Janschi
As a German I must say, that France is like that wife that you can't please. No matter what you do.
Of course France probes every single fart a foreign company does. Then the French wonder why nobody likes them.
Score: 38 Votes (Like | Disagree)

WilburMercer
What sort of world are we living in where it's "anti-competitive" to ask companies to stop spying on your internet usage?
Score: 23 Votes (Like | Disagree)

Konigi
Oh come on! They were supposed to be pro-users, pro-consumers. Now they are simply contrarians?
Score: 11 Votes (Like | Disagree)

You have to wonder what sort of wording the advertisers think would be more appropriate.

"This app would like to supply you with unicorns and rainbows, do you accept?"

I think "truffles and Bordeaux wine" might get greater acceptance in France... :D?
Score: 7 Votes (Like | Disagree)

ericwn
Looking forward to the findings. Apple likely has applied greater care in the privacy part of its business so I don’t necessarily expect any great revelations here.
Score: 5 Votes (Like | Disagree)

The fact that the rest don’t like France is covered in the famous Trillion Dollar episode of the Simpsons. [emoji3577]

I haven't watched that episode. I'll do it now.

Germany isn't great either, but I think the Anti-Tracking Feature really much is in favor of the GDPR the EU imposed a couple of years back.

In my opinion France only probes this, because Apple is a foreign company.
Score: 5 Votes (Like | Disagree)
Read All Comments