Huawei will begin negotiating for royalties from Apple and Samsung for access to its portfolio of patents on 5G technology (via Bloomberg). 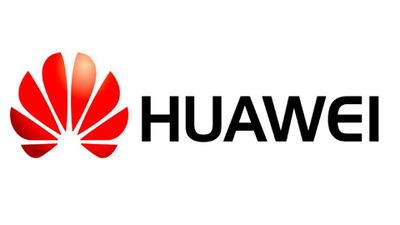 Huawei is the owner of the world's largest collection of 5G patents and is seeking to charge other large tech companies a "reasonable" fee for access to them, creating a substantial new source of revenue.

Huawei's Chief Legal Officer, Song Liuping, explained earlier today that the company will negotiate rates and comprehensive cross-licensing agreements with Apple and Samsung, promising to charge lower rates than competitors such as Qualcomm, Ericsson, and Nokia. "It's natural" for Huawei to capitalize on its patents, Song said.

Per-phone royalties will be capped at $2.50, which is markedly less than Qualcomm's $7.50 rate that led to a legal battle with Apple over supposedly unfair pricing.

While Apple is currently reliant on Qualcomm and expected to stick with external suppliers for its 5G technology until 2022, the company is rumored to be developing its own 5G modem for introduction on the 2023 iPhone models. Apple is also believed to have begun work on next-generation 6G wireless technologies.

With Apple seeking to move away from reliance on other companies for wireless technologies, it is unclear how a deal with Huawei may pan out. Though Apple could take advantage of Huawei's expansive portfolio of 5G patents to develop its own wireless technologies, the company's apparent desire for independence in this area may mire the chances of a sustainable long-term agreement.

GuruZac
The problem is, it's likely Huawei stole the tech in the first place. ?
Score: 19 Votes (Like | Disagree)

Quackington
Maybe Apple could avoid working with ****** companies like this that contribute to genocide against the Uighur people:

msp3
Are firms allowed to enter into negotiations to do business with firms on the entity list? Or is this OK because dementia Joe's son is getting a payoff from The Party so the feds will give them an exemption?
Score: 15 Votes (Like | Disagree)

Good news. A non-US company getting royalties for patents. US corporations make billions from patents and China and other countries should return the favour.

You’re kidding right? The Chinese government steals IP from everywhere, then gives that information to universities in China who patent it, and then the government assigns those patents to companies.
Score: 14 Votes (Like | Disagree)

LeadingHeat
This company is worse than Samsung at copying tech, with straight up copyright infringement. I hope it’s not a necessary evil to partner with them in order to get 5G into the other markets, but if they truly do have a multitude of patents there may not be a way around it. I just hate to see that company’s R&D fund fueled by any more money.
Score: 9 Votes (Like | Disagree)

The problem is, it's likely Huawei stole the tech in the first place. ?

This has clearly been true of many Chinese companies in the past, but not when it comes to Huawei and 5G. They are widely acknowledged to be genuine leaders in 5G technology.
Score: 8 Votes (Like | Disagree)
Read All Comments