When the iPhone first launched in 2007, then Apple CEO Steve Jobs had no plans to allow developers to create native apps for the ‌iPhone‌, instead suggesting they rely on web apps. Developers weren't happy with the decision, and by October 2007, Apple decided that it would make a software developer kit and a full App Store available to developers by February 2008. 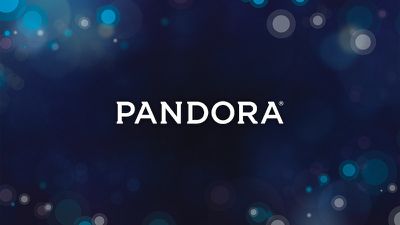 In the lead up to the launch of native ‌iPhone‌ apps, popular music streaming app Pandora was growing rapidly and was eager to be the first to get an app on the ‌iPhone‌ by any means necessary, according to an in-depth look at Pandora's history shared today by Vice's Tyler Hayes.

Ahead of the ‌iPhone‌'s debut, Pandora had been working to get its streaming radio service on flip phones with carriers like Sprint and AT&T, an effort that wasn't particularly successful. Once the ‌iPhone‌ was announced, Pandora knew it was the new big "music player" device and the company's mobile development resources needed to be focused on the ‌iPhone‌.

Then Apple Senior Vice President Scott Forstall invited Pandora co-founder Tim Westergren and his CTO, Tom Conrad, to lunch in Cupertino. After an hours-long talk over what Pandora had learned putting streaming audio apps on flip phones, Conrad asked Forstall what Pandora could do to get a head start on a mobile app. Forstall's response was surprising - jailbreak an ‌iPhone‌.

"What, if anything, can we do at Pandora to get ready for the next generation of iPhone that includes an app store and native APIs?" asked Conrad. "Forstall said, it wouldn't be a waste of your time to jailbreak some iPhones and use the kind of back door toolkits that were being distributed by other people to build a native Pandora app while we get our act together at Apple on something more formal."

Pandora's engineers did just what Forstall suggested, jailbreaking a series of iPhones and getting to work on a Pandora ‌iPhone‌ app ahead of when Apple released official support for native apps. When the ‌App Store‌ launched in 2008, Pandora was the first radio app that was available, and the work paid off - nine months later, Pandora was installed on 21 percent of iPhones.

The full Vice piece from Tyler Hayes is well worth a read for those who are interested in Pandora's early days, early battles over royalty rates, and its efforts to remain relevant as music services like Spotify and Apple Music dominate the market.

TwoBytes
Scott was honouring the Steve Jobs ethos “It’s better to be a pirate than join the navy.”

In January 1983, Steve Jobs gathered a group of Apple employees at an off-site retreat in Carmel, California. The group was in the midst of developing the Mac, the company’s hugely ambitious personal computer—and some employees felt the project was losing its scrappy spirit. And so Jobs offered a maxim meant to motivate the developers: “It’s better to be a pirate than join the navy.”

This wasn’t about treasure maps and eyepatches. “Being a pirate meant moving fast, unencumbered by bureaucracy and politics,” software engineer Andy Hertzfeld, an original member of the Macintosh team, tells Quartz via email. “It meant being audacious and courageous, willing to take considerable risks for greater rewards.”

Credits to this article
https://qz.com/1719898/steve-jobs-speech-that-made-silicon-valley-obsessed-with-pirates/

I’m ok with this.

Glad they got your blessing.
Score: 9 Votes (Like | Disagree)

Friday August 20, 2021 7:35 am PDT by Hartley Charlton
Documents highlighted by The Verge and disclosed as part of the Apple vs. Epic Games trial have revealed that Apple discussed plans for sideloading apps, sought to lock users into its ecosystem using gift cards, attempted to tackle chaos in the App Store review process, and more. Several of the internal documents related to internal discussions around the possibility of sideloading iPhone...
Read Full Article • 246 comments

Monday February 28, 2022 5:21 pm PST by Juli Clover
Microsoft has been testing a pre-release Apple silicon version of OneDrive since last year, and now the native version of the app is available for all OneDrive users. "We're excited to announce that OneDrive sync for macOS will now run natively on Apple silicon. This means that OneDrive will take full advantage of the performance improvements of Apple silicon," Microsoft said in an...
Read Full Article • 196 comments