GameOn, Amazon's mobile gameplay recording platform, has been released on iPhone and iPad. The app lets game players capture video clips from a range of mobile titles that support screen recording and share them on the platform or to other sites. 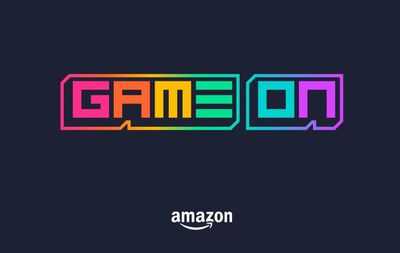 Amazon is the owner of Twitch, one of the market's biggest platforms for gameplay streaming. However, Twitch features long videos that can last hours, whereas GameOn enables gamers to capture short-form video clips lasting from 30 seconds to five minutes long.

As noted by TechCrunch, the two streaming platforms are completely disconnected, using separate branding and different channels, and Amazon has been partnering with GameOn streamers to focus entirely on mobile gaming while promoting challenges unique to the app.

GameOn allows users to edit videos to add commentary or include a stream of their own face while they play, using the front-facing camera on their ‌iPhone‌ or ‌iPad‌. There's also a Recall Recording feature that lets gamers record the last 30 seconds or up to two minutes of action.

The clip capture platform is compatible with over a thousand mobile titles, including PUBG Mobile, as well as various games by Playrix, Square Enix, Rovio, and Storm8 Studios.

Amazon GameOn went live in November 2020, but was limited to the Android platform. Its late arrival on iOS is likely due to Amazon having to jump through more hoops to comply with Apple's more stringent App Store policies relating to screen recording.

GameOn is a free download for ‌iPhone‌ and ‌iPad‌. [Direct Link]

InGen
What’s the target age-demographic or even monetization potential with a service like this from their perspective?

Suckfest 9001
The main benefit of this is that you can basically record something that’s already happened, versus recording the whole time and trimming to keep only what you want (which is a ton of space and is inconvenient).

Decent idea but I feel like they should have rolled this into Twitch app or something
Score: 1 Votes (Like | Disagree)

Williesleg
And The Internet is officially out of ideas.
Score: 1 Votes (Like | Disagree)
Read All Comments

Friday February 4, 2022 2:21 am PST by Tim Hardwick
Amazon is increasing its Prime membership subscription prices in the U.S., the company has revealed in its Q4 2021 earnings results. According to the company, the fee for a Prime subscription is set to increase for the first time in four years, rising to $15 per month (up from $13), or $139 per year (up from $119). The price hike, representing an almost 17% increase, will go into effect...
Read Full Article • 331 comments

Monday November 15, 2021 9:05 am PST by Juli Clover
Amazon today introduced a native macOS app for its Amazon Prime Video service, with the app now available from the Mac App Store. Prime Video subscribers can stream content using the new app, or download content on Macs for offline viewing. All Amazon Prime content is available through the Mac app. Picture-in-Picture and AirPlay are both supported features that work with Amazon's new app, ...
Read Full Article • 104 comments

Tuesday December 7, 2021 8:19 am PST by Hartley Charlton
Twitter has rolled out playback of recorded Spaces to all iOS, Android, and web users, the company today announced. The ability to listen to a recording of a Twitter Space is now available to all users, making the company's live discussion rooms work more like traditional podcasts. Users can only listen back to Spaces that hosts have actively selected to be recorded. Some hosts on Android ...
Read Full Article • 7 comments

Tuesday August 3, 2021 3:02 pm PDT by Juli Clover
OtterBox today expanded on its gaming accessory offerings with the launch of the Mobile Gaming Clip for MagSafe, which is designed to work with the iPhone 12, 12 mini, 12 Pro, and 12 Pro Max. Priced at $40, the Mobile Gaming Clip attaches to an Xbox controller using a fitted clip and holds an iPhone with the magnetic mount. It can be used when playing an iPhone game with an Xbox controller,...
Read Full Article • 9 comments