Apple has been picking up car experts on an ongoing basis over the course of the last few years as development continues on the rumored Apple Car, and at the end of last year, the Cupertino company hired Manfred Harrer, a Porsche executive with expertise in chassis design. 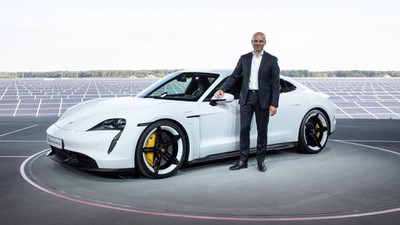 According to Business Insider Deutschland (via 9to5Mac), Harrer was considered one of the best engineers in the Volkswagen Group, serving as the head of chassis development at Porsche prior to overseeing the Cayenne product line.

A former top Volkswagen manager told Business Insider that Mr. Harrer was a "hidden champion," and the "measure of all things in his field." Harrer worked for Volkswagen Group for more than 13 years before he left at the end of last year without telling his former colleagues where he was heading.

Harrer's LinkedIn profile still lists Porsche as an employer, and there was reportedly a waiting period before Harrer was able to begin working for a new company. Prior to working on chassis development at Porsche, Harrer worked for BMW and Audi.

Current rumors suggest that Apple is pursuing a full Apple-branded car, and right now, it looks like the company will be partnering up with Hyundai. Just this morning, Apple analyst Ming-Chi Kuo said that Apple is likely to use Hyundai's E-GMP Battery Electric Platform for the ‌Apple Car‌, with the future vehicle set to be marketed as a "very high-end" model.

My son is not going to college and my kidney is already listed on ebay.
Score: 27 Votes (Like | Disagree)

Realityck
I wonder if it will be affordable?
Score: 17 Votes (Like | Disagree)

aknabi
Wait until we hear what the wheels cost :eek:
Score: 16 Votes (Like | Disagree)

On a side note... Ferrari is still looking for a new CEO.