A Day in the Life of Your Data: Apple Details How Companies Can Track You Across Apps and Websites

Thursday is Data Privacy Day, and Apple is marking the occasion in a few ways, including sharing a new "A Day in the Life of Your Data" document that details how third-party companies can track user data across websites and apps. 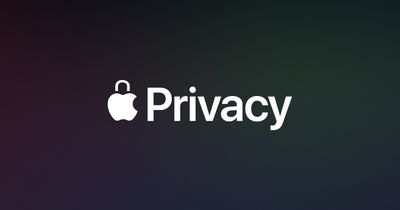 Apple says that, on average, mobile apps include six "trackers" from third-party companies for the "sole purpose of collecting and tracking people and their personal information," fueling an industry valued at $227 billion per year. "A Day in the Life of Your Data" aims to show what advertisers, data brokers, social media companies, and other entities can learn about a father and daughter who spend a pleasant day at the park.

One example is the father and daughter taking a selfie at the park, editing the photo with a filter app, and sharing it on social media, a seemingly innocent series of actions that still resulted in data being collected and tracked across multiple apps:

Later at the playground, John and Emma take a selfie. They play with a photo filter app, settling on adding bunny ears to the photo. The filtering app, however, is able to access all the photos on the device and the attached metadata, rather than only the playground selfie. John posts the picture on a social media app. The app links John's current online activity to a trove of data collected by other apps, such as his demographic information and purchasing habits, using an email address, a phone number or an advertising identifier.

The document goes on to list various Apple privacy features that would have given the father and daughter more transparency and control over their data, including the choice to give the filter app access to only their selfie, instead of the entire photo library.

The document also highlights Apple's four key privacy principles and provides more information about App Tracking Transparency, a privacy measure that will require apps to request permission to track users starting with the next iOS 14, iPadOS 14, and tvOS 14 betas. Apple says the software updates will be released in the early spring.

"Privacy means peace of mind, it means security, and it means you are in the driver's seat when it comes to your own data," said Apple software engineering chief Craig Federighi, in a statement shared today. "Our goal is to create technology that keeps people's information safe and protected. We believe privacy is a fundamental human right, and our teams work every day to embed it in everything we make."

Apple CEO Tim Cook will be speaking on data privacy today at the Computers, Privacy, and Data Protection conference, based in Brussels. Cook is scheduled to speak at 8:15 a.m. Pacific Time, and a live stream will be available on YouTube.

I bet you most people will be ok with data tracking over convenience.

Which is fine, if they want to make that choice. But it should be a (transparent) choice.
Score: 52 Votes (Like | Disagree)

BWhaler
Excellent PDF; but should be a video series.
Score: 22 Votes (Like | Disagree)

I just read the document and it was very nice. They showed how an average person is tracked in a simple but easily understandable way. This can be shown to non tech enthusiastic people who do not know or care about Privacy.

The average person doesn't care about being tracked. They will only wake up when that information is used against them in a really bad way. Today that is happening with a tiny fraction of the population. Over time that will grow and by then it will be too late for the average person to do anything about it.
Score: 20 Votes (Like | Disagree)

This is all fine and dandy while Apple being the richest company in the world.
But, they day social media apps costs hundreds of dollars, the little filter app for selfies 200 dollars and so on, the silver lining may fade.

For now, apps and social media is dead cheap, if not for free, because it's actually an advertising platform. Nobody watches linear TV anymore, or commercial radio, which means that way is not so appealing to advertisers. Environment concerns and cost prohibit the use of postal SPAM, while email SPAM is not that effective, and scorned upon by most people.

Advertisers will find new ways, but it will be at the cost of all the cheap apps and services.
Imagine Google charging by the search. Sure, there might be free alternatives, but not as good. YouTube charing $50 a month for unlimited views, FaceBook, Instagram, "whatever's IN this week-social media app" costs $20 with a $10 recurring fee for usage.

I can't say I'd be bothered, at all, since I exist on no social media platform, or use Google, or whatever. But, I expect a lot the now very vocal privacy advocates and FaceBook-haters will be unpleasantly surprised when the services they rely on and the apps they want raises their monthly "internet-services-bill" a couple of hundred dollars a month.

I totally agree it will be an unpleasant surprise, but it’s long been coming. The simple fact is the public has been living in a fantasy land, getting mostly free apps, not asking what the true cost is and who’s paying it (because everything has a cost). Now the cost is (hopefully) being made known, so people will finally have to come to terms with whether they want to continue paying for it with their personal data, or pay the actual money cost, or just do without it. I see it as simply an overdue wake up call to the real world.
Score: 9 Votes (Like | Disagree)

AmazeSE
I just read the document and it was very nice. They showed how an average person is tracked in a simple but easily understandable way. This can be shown to non tech enthusiastic people who do not know or care about Privacy.
Score: 8 Votes (Like | Disagree)
Read All Comments