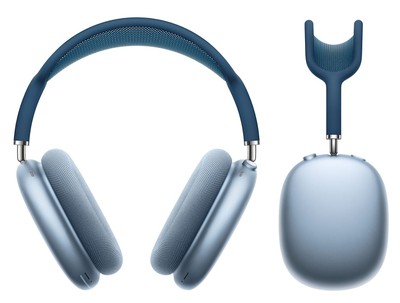 Those in New Zealand and Australia who were able to place an order for launch day delivery before the ‌AirPods Max‌ sold out are receiving their orders, and have been sharing photos on Twitter and other social networks.

It's possible that stores also had the other colors and have now sold out, but as with orders placed for shipping, the pink, blue, and green colors appear to be highly limited if they're available at all.

Store availability in Australia means that Apple will also have stock available in retail locations in the United States on December 15 for those who were not able to place a preorder that arrives in a reasonable amount of time. Orders placed today for all colors of the ‌AirPods Max‌ will not ship for 12 to 14 weeks, which means the ‌AirPods Max‌ are backordered until March.

Following New Zealand and Australia, ‌AirPods Max‌ sales will begin in the Middle East, Europe, and then North America. ‌‌

Let’s thank the lord you’re not in charge of design at Apple Ms Nichola from 1980
Score: 27 Votes (Like | Disagree)

TheYayAreaLiving
Looks Solid to me!!!

but we need it in PRODUCT RED.
Score: 13 Votes (Like | Disagree)

I know your user name is “Nicole”, but... have you ever seen a maxi pad? That doesn’t look like any maxi pad I’ve ever seen, just like the AirPods don’t look like tampons. I’ve no idea how that shape would even be effective. Or comfortable.

People around here have an unhealthy fixation with feminine hygiene products...
Score: 12 Votes (Like | Disagree)

I am not a fan of over the ear headphones already but at the price in Australia I couldnt even imagine buying these. A$900 - that's the rest for a three bedroom house for about a week and a half in my Sydney suburb - not a cheap suburb either.

how often do you wear a three bedroom house to listen to music?
Score: 11 Votes (Like | Disagree)

newyorksole
The more pictures I see, the more I’m extremely happy with the space gray pair I ordered. Definitely the best looking pair.

Can’t wait to rock mine and not have to worry about being mugged in broad daylight (since that seems to be a common concern of people on this forum). Where do y’all live??? ?
Score: 10 Votes (Like | Disagree)
Read All Comments

Wednesday January 27, 2021 9:04 am PST by Mitchel Broussard
Amazon has Apple's AirPods Max available to ship in 1-2 business days right now, only in the Silver color option. AirPods Max are priced at $549.00, and as of yet we haven't seen any noticeable discounts on the Bluetooth headphones. Note: MacRumors is an affiliate partner with Amazon. When you click a link and make a purchase, we may receive a small payment, which helps us keep the site...
Read Full Article • 58 comments

AirPods Max in Pink Now Available to Ship on Amazon

Thursday March 11, 2021 11:39 am PST by Mitchel Broussard
AirPods Max in Pink are now shipping on Amazon, for the regular price of $549.00. This is the first time AirPods Max have been in stock and available to ship from a major Apple reseller in March, and we are only seeing availability in Pink at this time. You can also get Pink AirPods Max on AT&T with a March 16 shipping estimate. Before today's restock, Silver and Space Gray were the most...
Read Full Article • 33 comments

Wednesday February 3, 2021 9:10 am PST by Mitchel Broussard
Following a few colors of the AirPods Max appearing on Amazon and Verizon last week, and then disappearing a few days later, today Silver and Space Gray options have emerged again. You can get the Silver and Space Gray AirPods Max on Amazon for $549.00, and both are in stock and ready to ship. At the time of writing, you can only get the Silver AirPods Max on Verizon, priced as expected at ...
Read Full Article • 22 comments

Tuesday December 8, 2020 10:37 am PST by Joe Rossignol
Apple's new AirPods Max headphones feature magnetically attachable ear cushions, and replacement ear cushion sets will soon be available for $69 on Apple's online store, providing customers with the opportunity to mix and match colors. MacRumors graphics designer Ryan Barrieau has mocked up all 25 possible combinations, providing a helpful look at the various options. While many of the...
Read Full Article • 77 comments

Gurman: Apple Not Working on Second-Generation AirPods Max, But Has Considered New Colors

AirPods Max Now Backordered Until March in All Colors [Updated]

Tuesday December 8, 2020 8:50 am PST by Joe Rossignol
Apple today introduced new wireless over-ear headphones called AirPods Max, and delivery estimates have already slipped into 2021 on Apple.com. AirPods Max in all five color options, including space gray, silver, green, sky blue, and pink, are now estimated for delivery in 12-14 weeks. While the estimates could change at any time, this means the AirPods Max are currently backordered until...
Read Full Article • 190 comments

Tuesday December 8, 2020 1:51 pm PST by Juli Clover
Delivery estimates for the AirPods Max are well into January for most colors, which means there's no chance for orders placed now to arrive in time for the December holidays, but as it turns out, you can get AirPods Max quicker if you choose an engraving. In the pink color, for example, AirPods Max with an engraving can be delivered between December 30 and January 7, while without an...
Read Full Article • 121 comments

Thursday December 17, 2020 11:13 am PST by Juli Clover
Apple did not include a power button on the AirPods Max, so there's no definitive way to turn them off, but Apple says that putting the headphones inside the included Smart Case puts them into an ultra low power mode. That's left a lot of questions about what happens to the AirPods Max when they're not inside the case yet not being actively used, so we've done some testing to attempt to...
Read Full Article • 163 comments