Update: It's Out Now

Apple has officially announced that macOS Big Sur is now available, although it is still rolling out so it may take a few minutes to show up on your Macs. 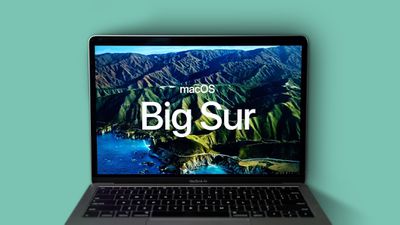 Developers are busy putting the finishing touches on their apps to take advantage of new features in macOS Big Sur, support the new Macs with Apple's own M1 chip coming next week, and complement the refreshed macOS design, and many users will be looking to update their Macs as soon as Big Sur is available.

Although Apple has not shared an exact time for the release of macOS Big Sur, we can make some educated guesses based on Apple's localized sites for various countries and past releases.

Given that those two countries are 90 minutes apart by time zones, that pins things down relatively closely, suggesting a window between 9:00 a.m. and 10:30 a.m. Pacific Time. The most likely release time in that window would be 10:00 a.m. Pacific Time, which is a common release time for Apple. A release at that time would correspond to 11:30 p.m. on November 12 in India and 1:00 a.m. on November 13 in Thailand. This same method also accurately pinpointed when iOS 14 was released.

It's worth noting, however, that major macOS releases over the past several years have typically come closer to 11:00 a.m. Pacific Time, so it's certainly possible it could be a bit later than our prediction of 10:00 a.m.

There are no guarantees Apple will stick to its usual release timing, but given our best of guess of 10:00 a.m. Pacific Time release, here's a breakdown of what that corresponds to in other time zones in the United States and around the world:

macOS Big Sur is compatible with most 2013 and later machines, outlined below:

The operating system update does not support the following Macs that were capable of running macOS Catalina:

For all of the details on what's new in macOS Big Sur, make sure to check out our roundup which offers a thorough look at the refreshed design, updates to key apps, and other new features.

It's just information dude that may be useful to some. Presumably you thought your post added value?
Score: 20 Votes (Like | Disagree)

You’re on Macrumors. Some, perhaps many of us here are interested in such things.
Score: 10 Votes (Like | Disagree)

I'm looking forward to the next version of the OS. I've beta tested it some, and like what I see. My main concern is, is it ready for a daily machine yet? I've read various feedback of there still being problems, and I've had 1 or 2 main issues I'm concerned about as well. However that was prior to 11.0.1 What are the thoughts here?

The latest RC has fixed the 2 issues I had outstanding , for me personally its been very stable this release and no major issues in day to day working. Been using the beta on my main MacBook fine and working from home on it daily.
Score: 8 Votes (Like | Disagree)

It’s not as if its a limited download first come first served, and often I wait a couple of days or more once the server traffic has calmed down and there’s reassurance the update doesn’t break something significant.

I’ve always been an early adopter, after all some of us have to be the guinea pigs don’t we?

In 17 years of being a Mac user, I’ve actually never had issues with upgrading on the day of release! Only time I’ve had an issue was when I upgraded my wife’s 2012 MBP to 10.15 4 months after its release as she couldn’t be bothered upgrading from 10.13 until I did it for her...
Score: 6 Votes (Like | Disagree)

Gatto37
I may wait couple of major update releases to fix unexpceted problems... Better be safe than sorry.
Score: 6 Votes (Like | Disagree)