Plague Inc. Gets New Game Mode That Lets You Save the World From a Pandemic

Popular iOS game Plague Inc. was this week updated with a new game mode called "Plague Inc: The Cure," which is designed to let players work to stop a pandemic from spreading across the globe. 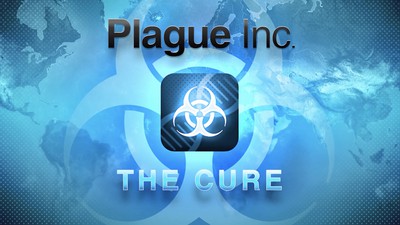 The original game, which has been around for many years now, encourages players to find ways to spread a disease to wipe out the world's population with various symptoms and transmission methods. Plague Inc. has always been a highly downloaded iOS game, and it is currently number two on the App Store's chart for paid games.

Ndemic Creations back in May said that it was planning an update that would tweak core gameplay to let people stop the outbreak of a virus. The new gameplay mode was developed with the help of experts from the World Health Organization, the Global Outbreak Alert, Response Network, and more.

Players are able to manage disease progression and boost healthcare systems in "The Cure," controlling actions like triaging, quarantining, social distancing, supporting the economy during lockdown, and the closing of public services. The goal of the game is to track down patient zero while also developing a vaccine and taking measures to limit the spread of the outbreak.

Plague Inc. is priced at $0.99, and "The Cure" mode is available in the original game for free. The app can be downloaded from the ‌App Store‌. [Direct Link]

iStorm
Why would I need this game when I can play in real life?
Score: 7 Votes (Like | Disagree)

Logic368
Should be pretty easy: make everybody wear masks and introduce a vaccine with a 90% effectiveness rate ;)
Score: 7 Votes (Like | Disagree)

joiwomcow
Maybe you could find a way to inject bleach... directly into the lungs... I've heard also that ultraviolet light beamed right into the body might help...
Score: 4 Votes (Like | Disagree)

and 1989 others
Madagascar will be alright.
Score: 2 Votes (Like | Disagree)

Brandhouse
All it needs is to be able to do something about nutjob naysaysers in gov, and the whackjobs saying it's a conpiracy and the game is done.
Score: 1 Votes (Like | Disagree)
Read All Comments

Friday May 14, 2021 11:52 am PDT by Juli Clover
Following the discontinuation of the iMac Pro, Apple also appears to be discontinuing Space Gray "Magic" accessories that it sold separately alongside the iMac Pro. The iMac Pro was the only Space Gray Mac, and Apple designed special matching accessories for it. The Space Gray Magic Mouse 2, Magic Keyboard, and Magic Trackpad all now say "While supplies last" in small wording at the bottom...
Read Full Article • 340 comments