With iOS 14 and iPadOS 14, Apple allowed users to select third-party apps as the default email app and browser. Last month, a widespread bug reverted these settings to Apple's default apps whenever a user's device was rebooted.

Although that bug was fixed, a new bug in iOS 14 and iPadOS 14 is now afflicting the selection of third-party email apps and browsers. It appears that whenever a selected third-party app is updated, the default app selection for email app or browser is reset to Apple's Mail or Safari. 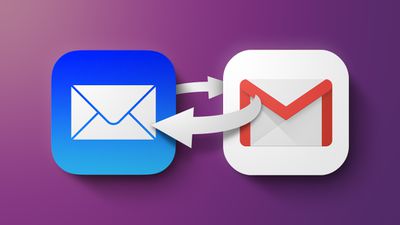 The Verge has now confirmed that whenever you update your chosen default app via the App Store in iOS 14.1, it gets removed from the default app slot.

Users should be aware that they will need to re-select their preferences every time a third-party mail app or browser that has been set as default is updated. You may wish to avoid updating your preferred third-party browser or mail app until it is convenient to reselect the default in settings, or until Apple has released a fix.

However, MacRumors understands that the bug may have already been fixed in the iOS 14.2 and iPadOS 14.2 betas.

The likes of Chrome, Edge, DuckDuckGo, and Firefox can be set as default browsers, while Gmail, Spark, and Microsoft Outlook can be set as default Mail apps, among others. Users who prefer an alternative to Safari or Apple's native Mail app can choose an alternative and it should be opened automatically whenever the system requires it, providing the app has not recently been updated, that is.

eicca
Apple is going kicking and screaming into this changing-default-apps thing...
Score: 42 Votes (Like | Disagree)

dguisinger
Wow....seriously, no one ever tested past reboot or upgrading an app in all those months iOS 14 was in development?
These are the most basic flaws, its like they weren't even trying
Score: 28 Votes (Like | Disagree)

Well, seeing as they didn’t have any third-party apps to test it on (the apps couldn’t be updated to iOS 14 until after the 14 GM release) they couldn’t test updating apps.

You don't need a 3rd party app to test it with; you build a simple dummy app in house that doesn't do anything and test that it gets associated and triggered when needed. Thats how software development works, you don't release a feature without testing it.
Score: 15 Votes (Like | Disagree)

Andres Cantu
Put that neural engine to use, Apple! ?
Score: 12 Votes (Like | Disagree)

mnsportsgeek
"It's a feature" - Apple
Score: 6 Votes (Like | Disagree)

Monday June 7, 2021 12:27 pm PDT by Juli Clover
Apple plans to allow iPhone and iPad users to remain on iOS 14 and iPadOS 14 even after the launch of the iOS and iPadOS 15 updates, according to new details on the software pages for the new updates. iOS now offers a choice between two software update versions in the Settings app. You can update to the latest version of iOS 15 as soon as it's released for the latest features and most complete ...
Read Full Article • 89 comments

Monday August 3, 2020 4:28 pm PDT by Juli Clover
Apple in iOS 14 plans to allow users to set a third-party app as the default email or browser app on an iPhone or iPad, replacing the current Apple-made default apps Safari and Mail. Apple hasn't provided many details on the new feature to users, but as noted by MacStories' Federico Vittici, Apple has shared documentation with developers who want their apps to have the option to be set as a...
Read Full Article • 77 comments

Monday February 15, 2021 5:30 am PST by Sami Fathi
Microsoft has begun testing its game streaming service, xCloud, on the web via a browser for iOS and iPadOS, and on PC via Google Chrome and Microsoft Edge, The Verge reports. Microsoft's xCloud service allows subscribers to play games by streaming them from the cloud, instead of having to download the entire game locally on-device. Apple and Microsoft had a brief moment of contention in...
Read Full Article • 90 comments

Monday September 21, 2020 12:17 pm PDT by Juli Clover
Apple in iOS and iPadOS 14 is allowing third-party apps to be set as alternatives to the default browser apps on the iPhone and the iPad, and now one of the most popular third-party email apps, Gmail, can be set as the default email app on your iOS devices. With the latest Gmail for iOS update available in the App Store as of today, Gmail can serve as a replacement for the Mail app. You...
Read Full Article • 94 comments