In line with previous reports, Broadcom has confirmed that a ramp-up of its chip shipments, for what analysts believe is the iPhone 12, will run into the final quarter of 2020 (via Reuters). This is a quarter later than most years, which suggests that Apple's upcoming ‌iPhone 12‌ lineup will be delayed. 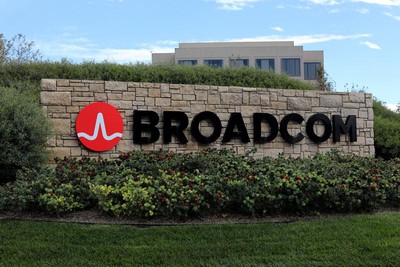 In June, Broadcom CEO Hock Tan discussed a "major product cycle delay" at a "large North American mobile phone" company. There was no mention of Apple by name, but according to Bloomberg, this is phrasing that Tan often uses to describe Apple.

Earlier this year, Apple CFO Luca Maestri confirmed that this year's new iPhones will be released later than normal. The statement remained vague about the exact release date, simply saying that the devices will be "available a few weeks later" than usual.

In 2019, Broadcom earned one-fifth of its revenue from supplying Apple. The confirmation of significant late-2020 shipments from the company indicates that the ‌iPhone 12‌ is highly unlikely to arrive this month. Multiple reports are now pointing towards October for the launch of the ‌iPhone 12‌ lineup, as well as Apple Watch Series 6 models, and the long-rumored AirTags.

mikeleeuk
Fingers crossed they’re using this time to iron out the issues with 120Hz ??
Score: 9 Votes (Like | Disagree)

There’s really no question, Apple CFO already mentioned a delay of a few weeks. I can’t imagine why he’d say that if it weren’t true.
Score: 5 Votes (Like | Disagree)

Fingers crossed they’re using this time to iron out the issues with 120Hz ??

One can only hope but it's not like they intentionally delay these products just to have more time to work on features
Score: 4 Votes (Like | Disagree)

Sasparilla
Seems like October for everything, which is just fine. I'll be amazed if the tiles finally show up (think this will be the 3rd expected swing at release for them).
Score: 3 Votes (Like | Disagree)

Same. Just want the announcement to finally solidify everything, and stop relying on back and forth rumors.

Yeah I am at the point where I am tireddd of the rumors Lol even though I keep reading. I want the official deets!

Man idk... If it starts at 128GB I think I’ll just get that. I have 256GB currently, but an entry level 128GB would save me some money and be plenty I think.
Score: 2 Votes (Like | Disagree)
Read All Comments