Nine years ago today, on August 24, 2011, Steve Jobs stepped down as Apple CEO for the final time. Jobs was immediately named Apple's chairman, with then-COO Tim Cook taking over leadership of the company. 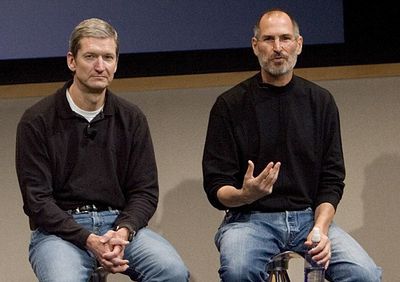 Jobs sadly passed away just six weeks later, on October 5, one day after Apple introduced the iPhone 4s with Siri. He was 56. His death resulted in an outpouring of condolences from family, friends, colleagues, Apple fans, and notable figures around the world, ranging from Steve Wozniak to Bill Gates to former President Barack Obama.

"Apple has lost a visionary and creative genius, and the world has lost an amazing human being," said Cook. "Those of us who have been fortunate enough to know and work with Steve have lost a dear friend and an inspiring mentor. Steve leaves behind a company that only he could have built, and his spirit will forever be the foundation of Apple."

Apple under Cook has grown to become the world's most valuable company. While nothing has truly compared to the iPhone, perhaps the most successful consumer product of all time, one major device introduced during Cook's tenure is the Apple Watch, praised for its life-saving features like the ECG app, Emergency SOS calling, and fall detection.

Cook has previously said that Jobs' DNA will always be the foundation of Apple, which named the Steve Jobs Theater after him in 2017.

icanhazmac
Can't argue with Apple's financial success under Cook but I miss the Steve Jobs passion for products!
Score: 35 Votes (Like | Disagree)

Mr. Awesome
Congrats on 9 years, Tim! You had massive shoes to fill, and you’ve done great.
Score: 20 Votes (Like | Disagree)

Andres Cantu
I really miss the humor that would sometimes popup in Steve's keynotes. And he had a way of presenting things that would make you exponentially more excited for their products than otherwise would be.
Score: 10 Votes (Like | Disagree)
Read All Comments