Apple signed a series order for "Harriet the Spy," an upcoming adaptation of the classic children's novel that chronicles the adventures of the tomato sandwich-loving 11-year-old Harriet M. Welsch. 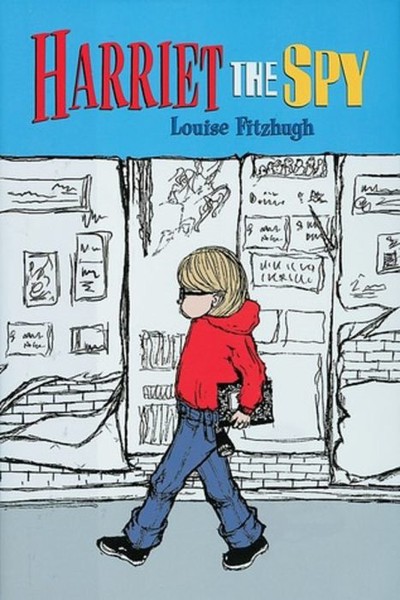 Set in 1960s New York when the original book was published, the new series will be voiced by a star-studded cast including Golden Globe and SAG Award nominee Beanie Feldstein, who will star as Harriet, a fiercely independent, adventurous, curious 11-year-old girl. More than anything, Harriet wants to be a writer, and in order to be a good writer, you need to know everything, and in order to know everything, you have to be a spy!

"Harriet the Spy" will star Jane Lynch ("Glee") as the voice of Ole Golly, Harriet's nanny, while Lacey Chabert ("Mean Girls") will voice Marion Hawthorne, one of Harriet's classmates. Harriet will be voiced by Beanie Feldstein ("Lady Bird").

The Jim Henson Company, which Apple has established a longterm deal with, will executive produce the series alongside Rehab Entertainment and 2 Friends Entertainment, while Titmouse Animation Studios will animate the series.

"Harriet the Spy" joins other Apple TV+ programming for children such as "Ghostwriter," "Peanuts in Space," "Helpsters," and "Fraggle Rock."

Ar40
I loved that movie when I was a kid. Good recognizable brand to attract parents/kids.
Score: 5 Votes (Like | Disagree)

garylapointe
I loved that book when I was a kid! I was thinking of reading it to my second-graders but thought it might be a little dated for them. With the new series coming out, I think I'll rethink that...
Score: 3 Votes (Like | Disagree)

I loved that movie when I was a kid. Good recognizable brand to attract parents/kids.

I can't think of many other brands that transcend generations like this which aren't already commercialized to all hell. Garfield maybe?
Score: 3 Votes (Like | Disagree)

Monday July 26, 2021 11:35 am PDT by Juli Clover
Apple today updated its Apple at Work website with a new section dedicated to the Mac, which offers up 11 reasons why "Mac means business." On the webpage, Apple highlights the M1 chip as the number one reason why business users should choose a Mac, offering up an M1 overview [PDF] that explains the benefits of the M1 chip. The information isn't new, but it does provide a look at all of...
Read Full Article • 106 comments