US to Purge ‘Untrusted’ Apps in New Measures Against China

The U.S. government is stepping up efforts against Chinese technology companies as it prepares to purge App Stores of "untrusted" Chinese apps, reports Reuters. 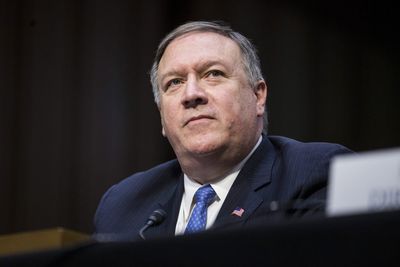 Secretary of State Mike Pompeo said the U.S. "Clean Network" program would focus on five areas and include steps to prevent various Chinese apps and telecoms companies from accessing the sensitive information of American citizens and businesses. One U.S. official said it was a push back against a "massive campaign to steal and weaponize our data against us."

The announcement comes the week after President Donald Trump threatened to outright ban TikTok within the United States.

"With parent companies based in China, apps like TikTok, WeChat and others are significant threats to personal data of American citizens, not to mention tools for CCP (Chinese Communist Party) content censorship," Pompeo said.

In an interview to Chinese state news agency Xinhua on Wednesday, Chinese foreign minister Wang Yi said the U.S. had "no right" to establish the Clean Network program and called the actions by Washington "a textbook case of bullying."

"Anyone can see through clearly that the intention of the U.S. is to protect its monopoly position in technology and to rob other countries of their proper right to development," said Wang.

Microsoft now faces a deadline of September 15 to purchase TikTok, or the platform will be banned in the U.S.

Moreover, Pompeo explained that the United States is working to prevent Chinese telecoms company Huawei from being able to install popular U.S. apps on its devices. The exact apps and services to be banned from Huawei devices is as yet unknown.

"We don't want companies to be complicit in Huawei's human rights abuses, or the CCP's surveillance apparatus," Pompeo stated.

Pompeo said the State Department would work with other government agencies to protect the data of American citizens and intellectual property, including vaccine research, by preventing access from cloud-based systems run by Chinese companies such as Alibaba, Baidu, China Mobile, China Telecom, and Tencent.

The Secretary of State is joining Attorney General William Barr, Secretary of Defense Mark Esper, and Acting Homeland Security Secretary Chad Wolf to urge the U.S. telecoms regulator, the Federal Communications Commission, to terminate the authorization of China Telecom and three other Chinese companies to provide services in the United States.

He also drew attention to new State Department precautions to ensure China could not compromise information carried by undersea cables that connect the United States to the global internet. He called on U.S. allies "to join the growing tide to secure our data from the CCP's surveillance state and other malign entities."

Huawei, ByteDance, and various other Chinese companies deny allegations that they spy for the Chinese government, and says the United States seeks to frustrate its growth because no domestic U.S. company can offer the same technology at a competitive price.

The U.S. government now regards more than 30 territories as "Clean Countries" with "Clean Telcos" in the program. The statement from Pompeo and expansion of the Clean Network program reflects an accelerated push by Washington to limit the access of Chinese technology companies to the United States.

JimmyBanks6
I wouldn't be opposed to this idea for the right reasons (protecting user data privacy), but in that case these rules need to be applied to European and American companies as well.

I am opposed to this as a trade war tactic.
Score: 45 Votes (Like | Disagree)


The irony coming from CHINA! Last time I checked you can’t use Instagram, Facebook or even TIKTOK in China either.

HOWEVER this seems for more like a disguise, excused as „privacy concerns“ than anything. Otherwise the same should be said about local apps such as FB etc
Score: 36 Votes (Like | Disagree)

GrumpyCoder
Welcome to the United Dictatorship of America. All these years of complaining about China and Russia only to follow in their footsteps. Just like Samsung taunting Apple about the headphone jack only to remove it later.
Score: 23 Votes (Like | Disagree)

Ar40
Good move. The way China is reacting to this, shows me how much spyware is in these apps.

China is a clear and present danger to us all and needs to be shown its place. Spying on American citizens is unacceptable.
Score: 22 Votes (Like | Disagree)