Apple will "significantly increase" MacBook Pro orders with suppliers in the third quarter of this year as the back-to-school season kicks off, according to supply chain sources. 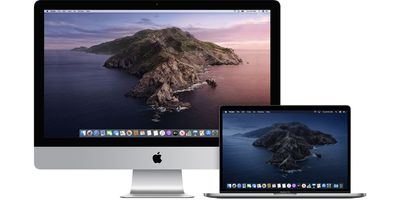 DigiTimes reports that Apple is also set to respond to increasing sales in the creative market, with the number of professionals working from home expected to remain strong in the second half of the year as some countries begin re-imposing regional and city lockdowns in response to the continuing global health crisis.

The upstream supply chain originally believed demand from the work-from-home group would only be short-term, but is now expecting the momentum to last much longer than anticipated, the sources said.

Apple shipped 3.2-3.5 million MacBooks in the second quarter of 2020, and the volumes are expected to grow to around four million units in the third quarter, according to DigiTimes sources. Apple will see its overall MacBook shipments rise over 20 percent in the third quarter as a result.

Apple has said it plans to deliver the first ‌Mac powered by Apple Silicon by the end of the year, as the two-year-long transition away from Intel commences, but we don't know for sure when the first Arm-based Mac will arrive or which model it will be.

According to Apple analyst Ming-Chi Kuo, a 13.3-inch MacBook Pro with a form factor similar to the current 13.3-inch ‌MacBook Pro‌ could be the first Mac to get an Arm-based chip designed by Apple.

Kuo expects the ‌‌Apple Silicon‌‌ 13.3-inch ‌MacBook Pro‌ to go into mass production in the fourth quarter of this year, but he also predicts we will see an Arm-based MacBook Air either in the same quarter or in the first quarter of next year.

Apple is also expected to launch a redesigned ‌iMac‌ this year, although it's not expected to be an ‌‌Apple Silicon‌‌ machine. Apple has said it still has Intel-based Macs in the pipeline, suggesting they are likely to arrive before the year's end.

Yeah, they're getting bought by all the power users that wish to have a cross-platform professional computer before they become glorified walled-gardened toys. Of course they won't care about this signal from the market and see it as positive.

Oh, a coat of new paint on that old APPLE IS DOOMED!!! sign? Splendid!
Score: 4 Votes (Like | Disagree)

yellow8
I predict a sales boost when macbooks with Apple silicon will be available.
Call me a visionary :p
Score: 3 Votes (Like | Disagree)

Well, someone has to buy up all the Intel-based Macs before their Arm-based replacements hit the market.

They won't stop selling many Intel Macs until 2021 at least: if rumours are true MBP 14" and 16" aren't going ARM at least until April 2021.
So that's not the reason, the reason is covid raising overall laptops demand. I've read some days ago that the demand this year went as high as back in 2009 (just before it started slowly declining yearly). Now add that to the "back to school" season where most laptops (bud iPads and iPhones aswell) are sold, and there you go.
Score: 1 Votes (Like | Disagree)

Yeah, they're getting bought by all the power users that wish to have a cross-platform professional computer before they become glorified walled-gardened toys. Of course they won't care about this signal from the market and see it as positive.

MacOS computers are transitioning to Apple silicon regardless of next quarter’s sales. It’s been in process for many years.

yawn. digitimes. ignore them and move on. they're almost never right with their rumors.

I think (maybe) they’re better lately than they’ve been in the past, but they’d almost have to be considering their miserable track record say >2 years ago
Score: 1 Votes (Like | Disagree)

I predict a sales boost when macbooks with Apple silicon will be available.
Call me a visionary :p

Those with visions should see a doctor. :D
Score: 1 Votes (Like | Disagree)

Or maybe the sources are true but fooled by Apple.

i'd still equate that as wrong
Score: 1 Votes (Like | Disagree)
Read All Comments