In this week's App Recap, we've highlighted finance app "Budget Burndown," health and fitness app "Endel," and music app "Samplr" as three apps that are worth checking out. We've also compiled a list of apps that received major updates this week. 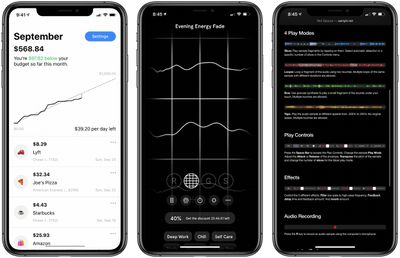 yellow8
iWork! It's been a long time since I've used it. I loved it but was forced to switch to MS Office, unfortunately. Big user base...
Score: 2 Votes (Like | Disagree)

iWork! It's been a long time since I've used it. I loved it but was forced to switch to MS Office, unfortunately. Big user base...

Yup, pretty hard to get locked into a word processor that is only accessible to 10% of the market.
Score: 1 Votes (Like | Disagree)
Read All Comments