Game developers are now able to more easily develop games for Apple devices using Windows machines, thanks to a new set of Metal developer tools released by Apple (via Reddit). 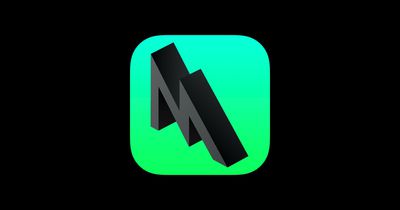 Apple quietly released a set of Metal Developer Tools for Windows 10 at WWDC this year, which enables Metal Shading Language (MSL) compilation on Windows into Metal Library Objects targeting Apple platforms. This means that game production teams may now use PCs to compile games developed on Windows for macOS and other Apple operating systems.

Many game development studios have established game or graphics asset production pipelines that use the Microsoft Windows infrastructure. One of the key final steps in the asset creation process is compiling the graphics and compute shaders for inclusion in the game.

Since Apple is transitioning the Mac to custom silicon, developers that bring their games to Metal will be able to run them on iOS, iPadOS, tvOS, and macOS. Apple's API automatically translates all inputs to whatever the available input method may be, such as touch, controller, or keyboard and mouse. Developers targeting the Apple platform can now develop for iPad, iPhone, Mac, and Apple TV simultaneously. This may make the Apple platform more attractive to game developers as they will have access to a far larger market share than on macOS or iOS alone.

Although it is not possible to develop games for Apple devices on Windows entirely, since a Mac is still needed to sign software and for testing, the availability of gaming-oriented Apple developer tools for Windows marks a significant step in gaming on Apple devices.

As Apple moves the Mac to custom silicon, where it will no longer support Boot Camp, it is interesting that Apple is releasing developer tools specifically for gaming with regards to Windows. Seeing that these new developer tools allow Windows games to be compiled into Metal for Apple platforms, rather than being completely rebuilt, it should now be easier for developers to port native PC games and AAA titles to the Mac.

mi7chy
Why not adopt industry standard Vulkan ('https://www.khronos.org/vulkan/') instead of making developers learn another API?
Score: 31 Votes (Like | Disagree)

Why not adopt industry standard Vulkan ('https://www.khronos.org/vulkan/') instead of making developers learn another API?

Why not adopt industry standard Vulkan ('https://www.khronos.org/vulkan/') instead of making developers learn another API?

why not adopt C# instead of swift? why move to sillicon? why be anything other than a PC? plus lazy game developers don't need to learn another anything. most use unity or unreal which spits out metal games automagically. most will never make or touch custom shaders
Score: 15 Votes (Like | Disagree)

Merode
If you've developed anything with low level graphics API, you'll know compiling shaders is just tiny piece of whole story. Without full Metal support for Windows or Linux these tools will be useless.
Score: 14 Votes (Like | Disagree)

You know OpenGL is a standard and it is up to each developer/manufacturer to implement it? That's why a lot of games that have native macOS clients perform much worse on macOS than in Boot Camp. Sometimes Windows (Boot Camp) client is even up to twice as fast (FPS).

What I'm getting at - if Apple is comparing Metal to its own OpenGL implementation then of course it's going to be A LOT faster. You know why? Because Apple's implementation of OpenGL was lackluster since its conception. That's why this comparison is the way it is - Vulkan is compared to OpenGL on Android. It's not apples to apples comparison.

In essence Vulkan, Metal and DirectX 12 should perform equally as good because they function very similarly. Vulkan has richer feature set than Metal at the moment but Metal is catching up quickly. However in reality Metal performance leaves much to be desired. There's no way to compare those two APIs fairly because there's no Vulkan for macOS (MoltenVK is just a wrapper around Metal). However there are games with native clients on macOS that use Metal renderer (World of Warcraft, Starcraft 2) and in Boot Camp they still perform much better on DirectX (11 and 12).

I like Apple but let's be honest for a minute. Their graphics performance was lackluster for decades now and it's not going to change overnight. They no longer compare themselves to PCs like in 90's and early 00's. They compare their devices to previous generations of their devices.
Score: 11 Votes (Like | Disagree)
Read All Comments