Samsung does not plan to include chargers in the boxes of some of its smartphones starting in 2021, according to Korean site ETnews (via The Verge). 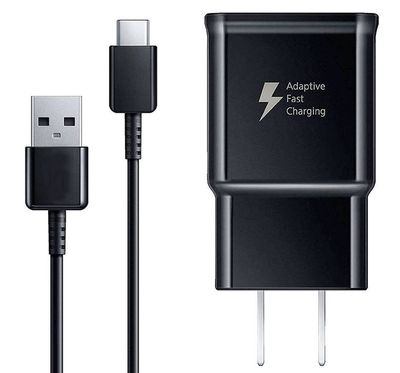 Samsung, like Apple, is planning to nix power adapters because chargers "have become widespread" and it will allow the company to reduce smartphone production costs.

Multiple rumors have suggested that Apple plans to stop offering power adapters and EarPods with future iPhone models, shipping the devices with just a charging cable.

At the current time, Apple ships iPhones with either an 18W power adapter or a 5W power adapter depending on device, but in 2020, those who need a power adapter may need to purchase one separately from Apple or a third-party company. Many people, however, have multiple power adapters on hand from years of owning Apple products.

Eliminating the power adapter and EarPods from the ‌iPhone‌'s box will allow Apple to lower the production costs of the iPhone 12 lineup, which are equipped with expensive 5G hardware.

Apple will also be able to save money on packaging, and will likely highlight the environmental benefits of fewer accessories in the box. Earlier this week, a render of an alleged iPhone 12 box insert surfaced, depicting a much thinner design that has room for a single cable and the ‌iPhone‌.

Apple is developing a new 20W USB-C power adapter that is likely to be sold separately to replace existing ‌iPhone‌ charger options, and it seems other smartphone manufacturers like Samsung are going to follow Apple's lead and take similar steps to eliminate accessories.

ETnews says that there's no final word on when Samsung plans to exclude chargers, but there are concerns about how customers will perceive the move. The site speculates that if Samsung removes power adapters without other "rewards of benefits," customers could complain and it could lead to fewer smartphone purchases.

jkozlow3
What's next...MacBooks without power adapters? Ridiculous. Yes, many of us already have power adapters, but to sell products without a critical component such as a charger being included is absurd.

Oh, you wanted SEATS and a STEERING WHEEL in your new car? You'll have to purchase those separately! Don't you have seats from your last car you can use? WTF.
Score: 39 Votes (Like | Disagree)

Seanm87
I must be honest I expected Samsung to mock apple then do the same a few years later ala headphone jack.

The fact they want to do it asap as well says something.
Score: 36 Votes (Like | Disagree)

JetBlack7
This is still a rumor, but competitors are like:"They're doing that?? From now on, we are too!"
Score: 33 Votes (Like | Disagree)

PDavidAlexander
Thank God. It’s about time they stopped this. Not only is a good for their profits, but it’s also good for the planet. I must have 100 charging blocks laying around. Now, if they would just ditch Lightning in favor of USB-C (or Thunderbolt) as they have done with the MacBook and iPad, that would be amazing. To be able to charge all of my devices with one type of cable would make traveling so much easier.
Score: 28 Votes (Like | Disagree)