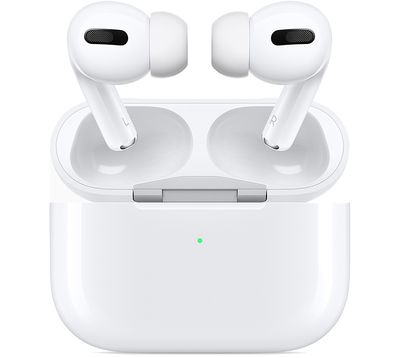 No details are available on what's included in the refreshed firmware at this time, but there have been ongoing complaints from ‌AirPods Pro‌ users about issues with Active Noise Cancellation and crackling or popping sounds.

You can check your ‌AirPods Pro‌ firmware by following these steps:

It's been over a month since Apple released the 2D15 firmware, and there were mixed reports about whether that update helped with some of the issues that people have been experiencing.

‌‌AirPods Pro‌‌ firmware updates often include performance improvements, bug fixes, and feature tweaks, but we may not find out what's new for some time as Apple does not provide any kind of release notes for ‌‌AirPods‌ updates.

jbachandouris
Here's this for a feature request: how about making a way to update the firmware manually? This is the only Apple device like this. Ridiculous.
Score: 25 Votes (Like | Disagree)

Squuiid
Nice. Maybe the right AirPod will charge now instead of being dead after a few days in the fully charged case.
Score: 16 Votes (Like | Disagree)

Nice. Maybe the right AirPod will charge now instead of being dead after a few days in the fully charged case.

I have the crackling sound in the left ear. The moment you walk or cycling, you hear this sound almost non stop.
Hope this firmware fixes the issue otherwise it's time to visit the Apple Store.

kissmo
Do I have to do a Conga Dance around them to get them to update?
This is ridiculous!
Score: 6 Votes (Like | Disagree)