Some AirPods Pro owners have run into issues with their earbuds, and there have been numerous complaints about Active Noise Cancellation failing to work properly or becoming degraded after firmware updates. This guide covers the problem and provides troubleshooting steps recommended by Apple as a potential fix. 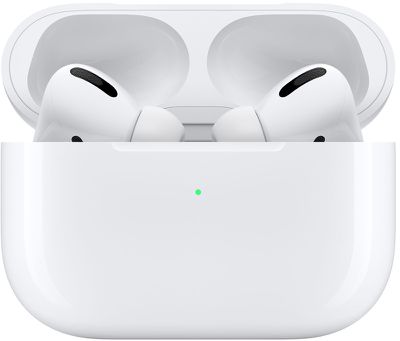 Since the launch of the 2B588 firmware for the ‌AirPods Pro‌ in November 2019, there have been complaints about Active Noise Cancellation issues, which some believe have gotten worse with each firmware update.

This is not a problem experienced by all users, though the people who are affected believe that the Active Noise Cancellation properties of the ‌AirPods Pro‌ have been downgraded since launch.

The current version of the ‌AirPods Pro‌ firmware is 2D15, and there have been mixed reports on whether the update fixes the problem, as some people report improved Noise Cancellation and others suggest there's been no change.

Rather than firmware causing the problem, Apple has suggested earwax buildup could be the problem, with Apple making the following recommendations as a fix:

Apple says that if debris or earwax builds up at the mesh located at the top of the ‌AirPods Pro‌, it can affect how Active Noise Cancellation works. Debris buildup can cause a loss of bass sound and an increase in background sounds, such as street or airplane noise.

Have a question about Apple's advice for these issues, know of a potential solution we left out, or want to offer feedback? Send us an email here.

23 hours ago by Juli Clover