Some AirPods Pro owners have run into issues with their earbuds, and there have been numerous complaints about crackling or popping noises that occur during movement when the ‌AirPods Pro‌ are worn. This guide outlines the problem and provides troubleshooting steps recommended by Apple as a potential fix. 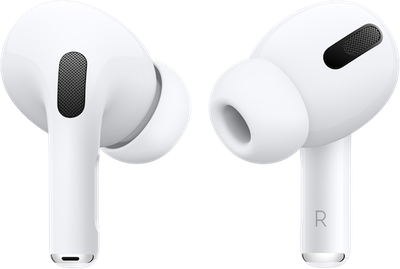 Some ‌AirPods Pro‌ users have been complaining of rattling, crackling, or static-like noises when Active Noise Cancellation or Transparency Mode are engaged since shortly after the ‌AirPods Pro‌ launched.

The noise seems to appear over time, it appears to be a hardware issue as it does not happen when ANC and Transparency Mode are turned off.

The sound happens when something causes the earbud to move or vibrate, such as when a person walks, runs, taps the affected earbud with a finger, turns their head, nods, or plays music with a lot of bass. A MacRumors reader describes what it sounds like:

It's often described like it sounds like something has come loose inside the APP earbud. Many people seem to think it's actually a problem with the external microphone: it appears to be picking up tiny vibrations as sound, and then attempting to "cancel" (in Noise Cancellation mode) or amplify (in Transparency mode) these sounds (which don't actually exist), causing the APP to play the rattling-style noise. Whether this is the actual cause or not I don't know.

While there has been speculation that it's a hardware issue, Apple seems to believe it could be based on wireless interference or a specific app, and recommends people who hear crackling sounds follow these steps:

If that doesn't work, Apple recommends contacting Apple Support for help because there is a repair program for the problem.

Apple launched a repair program for ‌AirPods Pro‌ to fix an issue that causes some ‌AirPods Pro‌ models to exhibit sound issues such as crackling or static or faulty Active Noise Cancellation.

Affected models have static or crackling sounds that increase in loud environments such as with movement or when talking on the phone, or Active Noise Cancellation that fails to work properly with a loss of bass, increased background sound, or a street or airplane noise.

Have a question about Apple's advice for these issues, know of a potential solution we left out, or want to offer feedback? Send us an email here.

It is a hardware issue, I managed to fix mine. Just take some blue tack and force it into every hole in your AirPods. Then slowly SLOWLY remove each blue tack. Repeat this a few times on each vent and you will get perfect sound quality again. I don’t know where the inner and outer microphone is but if you know which vent has microphones in them just do the ones with microphones in them.

if you didn’t do it slowly and got some blue tack stuck in your AirPods you are stuck with 30 minutes of sticking and removing a piece of blue tack until it comes off. Good Luck

mcexco
Thanks! The blue tack method works! Except that I don't have the blue tack, so I suck and blew the hole instead. And It's fixed in just one try! Thanks! You saved my life. ?

valleyboy1970
I’ve had 3 replacement buds since Christmas for this issue each time. When they work these are great but this fault makes the buds unbearable except when anc and trans are off. So far they have been swapped under warranty - but after this I’m afraid I’ll be stuck with £249 lemons.
Score: 2 Votes (Like | Disagree)

Wow, I have that exact same problem and was going to go to an Apple store (after Covid) to exchange my Airpod Pros (I have applecare+) b/c I really thought it was a hardware issue.

Glad to hear that it's being addressed and that it wasn't only me!


It is a hardware issue, I managed to fix mine. Just take some blue tack and force it into every hole in your AirPods. Then slowly SLOWLY remove each blue tack. Repeat this a few times on each vent and you will get perfect sound quality again. I don’t know where the inner and outer microphone is but if you know which vent has microphones in them just do the ones with microphones in them.

if you didn’t do it slowly and got some blue tack stuck in your AirPods you are stuck with 30 minutes of sticking and removing a piece of blue tack until it comes off. Good Luck

Variant
I hate to bump an old thread, but no one has said thank you yet. So... THANK YOU. The stick tack method works! This worked for me and saved me a lot of hassle!
Score: 1 Votes (Like | Disagree)