Apple today announced that it is launching an online version of its App Store lab, providing developers with another avenue to share feedback to help improve the App Store. Apple's new developer forums will also serve as a platform for developers to share their suggestions so that Apple can implement changes that benefit the community. 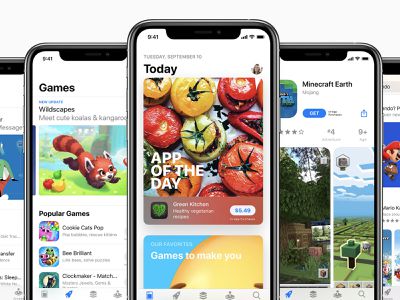 Additionally, two changes are coming to the App Store review process this summer. First, in addition to developers being able to appeal decisions about whether an app violates a given guideline of the App Store Review Guidelines, they will be able to "challenge" the guideline itself. Second, Apple says bug fixes for existing apps will no longer be delayed over guideline violations except for those related to legal issues. Instead, developers will be able to address the issue in their next submission through App Store Connect.

The Apple developer community inspires us all with apps that help more than a billion users, transform industries, and change the world. This WWDC, we've introduced innovative new APIs, frameworks, and tools designed to help developers take their app experiences further and reach even more users. The App Store ecosystem is more diverse, dynamic, and successful than it has ever been, but we know that to make it better for everyone, there is more we must do together. This year at WWDC20, we've added online App Store Labs, extended the annual App Store developer survey, and more because we want to hear directly from hundreds of thousands of developers on how they want us to improve the App Store for them, and for users.

These changes come days after Apple faced renewed scrutiny over its App Store practices, including the European Commission's announcement that it will be investigating Apple's in-app purchase system. In particular, Basecamp and some other developers have taken issue with Apple's long-standing 30 percent commission from in-app purchases.

Disagree. It wouldn't be an issue if there was another way to get apps for the iOS.

With Mac OS, I can download and install an app directly from the publisher.

With the change to ARM Macs and Mac OS 11, I wouldn't be surprised if Apple took that ability away from users and forced everyone to get their apps through the app store.

Developers have no idea what the 30% fee earns them.

Caviar_X
Ouch. This should get interesting. I see apple trying to avoid harsh punishment for their monopolistic behaviors.
Score: 8 Votes (Like | Disagree)

And some will still say Apple's App Store rules are illegal and that Apple should just distribute my apps for free so that Apple gets nothing for investing billions of dollars into this platform.

Every developer pays $99 yearly fee. I spend $1000 on an iPhone. Does none of that go to maintaining the App Store? Considering how much profit Apple makes each quarter and how much cash they have I don’t think the company has any trouble maintaining the App Store. They can argue they deserve a commission or finders fee but a lot of developers will say their app isn’t popular because of Apple. I can’t remember the last time I downloaded an app because it was featured on the App Store. Outside of maybe a few games none of the apps on my iOS devices are there because of Apple promotion/marketing.
Score: 6 Votes (Like | Disagree)

ArtOfWarfare
Thanks Oh Apple for the meager scraps.

Developers have no idea what the 30% fee earns them.

Please enlighten us. I distribute non-iOS apps via my website, no problem. I pay fees to keep my domain registration, and I have a power bill and an internet bill to keep my $35 Raspberry Pi online.

People who think Apple is doing anything even remotely worth 30% are clueless. Consider this: Apple is totally content with the 30% of nothing they get on free apps. Why? Because distributing apps costs essentially nothing. Apple's App Store contributes little of actual value. Its only value (for entities besides Apple) is artificially produced by the fact that Apple refuses to allow apps to be installed from any other source.
Score: 6 Votes (Like | Disagree)

Every developer pays $99 yearly fee. I spend $1000 on an iPhone. Does none of that go to maintaining the App Store? Considering how much profit Apple makes each quarter and how much cash they have I don’t think the company has any trouble maintaining the App Store. They can argue they deserve a commission or finders fee but a lot of developers will say their app isn’t popular because of Apple. I can’t remember the last time I downloaded an app because it was featured on the App Store. Outside of maybe a few games none of the apps on my iOS devices are there because of Apple promotion/marketing.

This doesn't even touch the developer side of things.

You're talking about an expensive option. Instead, imagine what a $399 iPhone SE pays for.
Score: 6 Votes (Like | Disagree)

Rogifan
And some will still say Apple’s App Store rules are just fine, anyone complaining is just a whiner and should go to Android. ?
Score: 4 Votes (Like | Disagree)
Read All Comments