Though it is a budget device with a single-lens camera, the iPhone SE features support for Portrait Mode, enabled through the powerful A13 chip in the smartphone. 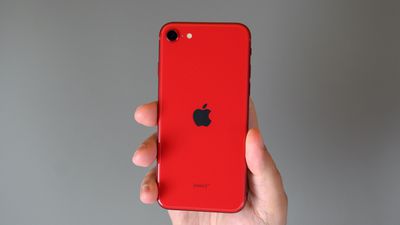 It is the first of Apple's smartphones to offer Portrait Mode photos created entirely with software techniques rather than hardware, which prompted the developers behind popular iOS camera app Halide to take a deep dive into how it works.

The ‌iPhone SE‌ is equipped the same camera sensor as the iPhone 8, based on a recent teardown done by iFixit, but its camera can do more because it's using "Single Image Monocular Depth Estimation," aka generating Portrait Mode effects using a 2D image.

As Halide developer Ben Sandofsky points out, the ‌iPhone‌ XR is also a single-lens camera with Portrait Mode support, but the ‌iPhone‌ XR gets depth information through hardware. That's not possible on the ‌iPhone SE‌ because the older camera sensor doesn't support the feature.

Halide has discovered that unlike other iPhones, the ‌iPhone SE‌ can take a picture of another picture to attempt to develop a depth map. The app was even able to take a photo of an old slide film, adding depth effects to a 50 year old photo.

A picture of a picture and the resulting depth map from the ‌iPhone SE‌
The ‌iPhone SE‌'s Portrait Mode is somewhat limited because it only works with people, which is due to the neural network that powers the feature. When a Portrait Mode image without a person is captured, it fails in various ways because it can't create an accurate estimated depth map.

The ‌iPhone‌ XR also limited Portrait Mode to people alone, and using Portrait Mode with other objects requires upgrading to one of Apple's more expensive phones.

Could you have used a nicer pic? lol

She's probably the author's (Halide's) grandmother. Take a break, you'll be old too, sooner than you can imagine.
Score: 21 Votes (Like | Disagree)

Could you have used a nicer pic? lol

This is wildly impressive.

I’m surprised it was more cost effective to do it this way rather than just make the changes necessary to fit the XR rear camera module. That really speaks to the expense of retooling manufacturing.
Score: 10 Votes (Like | Disagree)

farewelwilliams
Theoretically, you should be able to extract frames from a video, apply neural network from Portrait Mode on to each frame, and stitch it back into a video.

Highly likely iOS 14 will have Portrait Mode for video. Would be only enhanced with Lidar too. This will take cinematography on a smartphone to a whole new level.
Score: 9 Votes (Like | Disagree)

I had assumed the criticism was because the image is low resolution and blurry, making it a poor test image.

I‘d say the worse the quality of the photo (resolution and sharpness), the more impressive that it works.
Score: 8 Votes (Like | Disagree)

wonder if it works on pets... or if it will in the future

Hoping that no one minds a photo of me here, but I did a test photo when playing with my dog yesterday.

I'm not sure how the portrait mode works, but I was quite impressed that both myself and my dog are in focus.

Friday December 2, 2022 10:54 am PST by Juli Clover
Google is continuing on with its attempt to convince Apple to adopt the RCS messaging standard, publishing a new "it's time for RCS" blog post. Promoted heavily by Google, RCS or Rich Communication Services is a messaging standard that is designed to replace the current SMS messaging standard. It provides support for higher resolution photos and videos, audio messages, and bigger file sizes, ...
Read Full Article • 530 comments