iPhone SE Plus Postponed Until Second Half of 2021

Apple may postpone a larger version of the new low-cost iPhone SE until the second half of 2021, according to Apple analyst Ming-Chi Kuo.

In a previous note, Kuo said that Apple was working on an "‌iPhone SE‌ Plus" set to be released in the first half of 2021, but now he believes Apple will "likely postpone" this new model until later in 2021. 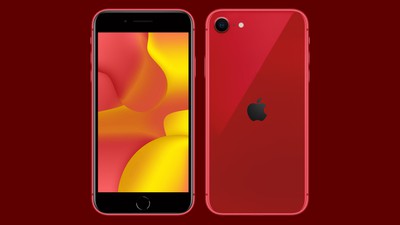 We predicted that Apple would launch the new iPhone model in 1H21 in a previous report ("‌iPhone‌ supply chain to be 2020 top pick in the tech sector; key predictions for new ‌iPhone‌ product mixes in 2020 and 2021" [December 5, 2019]). However, we think that Apple will likely postpone the new model from 1H21 to 2H21.

The ‌iPhone SE‌ Plus is expected to have a 5.5 or 6.1-inch display with a full-screen design, similar to the iPhone 11 and 11 Pro. It will not use Face ID, though, and will instead feature Touch ID integrated into the power button on the right side of the device.

With no Face ID, the ‌iPhone SE‌ Plus will feature a smaller notch as the front of the device will only need to house a standard front-facing camera, microphone, and speaker.

Apple just this month released the ‌iPhone SE‌, a $399 ‌iPhone‌ that is similar in design to the ‌iPhone‌ 8 but with an upgraded A13 processor. It marries ‌Touch ID‌ and an older ‌iPhone‌ design with newer ‌iPhone‌ performance and is an appealing upgrade option for those coming from older iPhones like the ‌iPhone‌ 6 or ‌iPhone‌ 7.

Kuo has not provided details on the pricing of the ‌iPhone SE‌ Plus, but if it's in the SE family, it will presumably have a price tag lower than that of Apple's flagship devices despite the full-screen design and relocated ‌Touch ID‌ button.

pauloregan
Something that wasn’t happening is now not happening until next year, when it won’t happen either.
Score: 34 Votes (Like | Disagree)

MacDevil7334
I dunno...this rumor seems off to me. The appeal of the SE to Apple is that they can recycle existing parts to offer a “new” phone at a low price with only minimal R&D required. The 2020 SE is basically the iPhone 8 chassis with an update processor and camera module and 3D Touch removed. There is very little new in there and certainly no parts that Apple wasn’t already manufacturing for other devices.

This is describing an entirely new phone design. If this phone ever materializes, I doubt it will be as affordable as either iteration of the SE so far.
Score: 26 Votes (Like | Disagree)

Scottsoapbox
6 different iPhones and not one of them can be small*? Seriously?

macusertruly4ever
Can we have an iPhone SE mini for a future release? Like the old iPhone SE with the 4 inch screen?
Score: 9 Votes (Like | Disagree)

Exactly. IMO, the whole point of the SE was to give customers a smaller form factor with the latest tech. It's not the price, it's the size that matters. But maybe Apple thinks bigger sells better (especially when cheap).

"IMO". That is the whole problem. It wasn't the point. It was to use a lot of leftover 5S "shells" and introduce a budget iPhone. It just happened to be a smaller form factor.

Is the smaller phone what a lot of us want? Yes. Was that the point of the OG SE? No.
Score: 9 Votes (Like | Disagree)

GuruZac
At that point, why not take the XR or even iPhone 11 and put new cameras and processor in it? That way people have a “larger” plus sized phone with updated design.
Score: 8 Votes (Like | Disagree)
Read All Comments

Thursday May 13, 2021 10:32 pm PDT by Sami Fathi
A new rumor suggests that Apple will announce the third-generation AirPods and the recently rumored HiFi, or high-fidelity Apple Music tier, on Tuesday, May 18, via a press release on its website. The new rumor comes from Apple YouTuber Luke Miani who shared the alleged exclusive news with the AppleTrack website. According to the YouTuber, Apple plans to release the next-generation AirPods...
Read Full Article • 172 comments

Friday May 14, 2021 11:52 am PDT by Juli Clover
Following the discontinuation of the iMac Pro, Apple also appears to be discontinuing Space Gray "Magic" accessories that it sold separately alongside the iMac Pro. The iMac Pro was the only Space Gray Mac, and Apple designed special matching accessories for it. The Space Gray Magic Mouse 2, Magic Keyboard, and Magic Trackpad all now say "While supplies last" in small wording at the bottom...
Read Full Article • 299 comments

Wednesday May 12, 2021 10:03 am PDT by Juli Clover
Apple's M1 iMacs are set to start delivering to customers next week, and ahead of the official launch day, benchmarks for the machines have been showing up on Geekbench, likely from reviewers who are testing them. It will come as no surprise that M1 iMac benchmarks are right on par with benchmarks for the M1 MacBook Pro, MacBook Air, and Mac mini, coming in with an average single-core score...
Read Full Article • 281 comments