With the calendar rolling over to April this week, we yet again saw several leaks and rumors, most notably including Apple itself leaking some references to a pair of long-rumored products: a new budget iPhone SE and AirTags item trackers.

Check out our roundup below and the video above for details on these stories and more!

We've been hearing about a new low-cost iPhone for almost exactly a year now, and it looks like it may finally be ready to launch, with new details suggesting a launch is imminent. The new phone will apparently recycle the iPhone SE name used for Apple's previous dedicated budget phone, but this version will look nearly identical to the iPhone 8 but with upgraded internals. 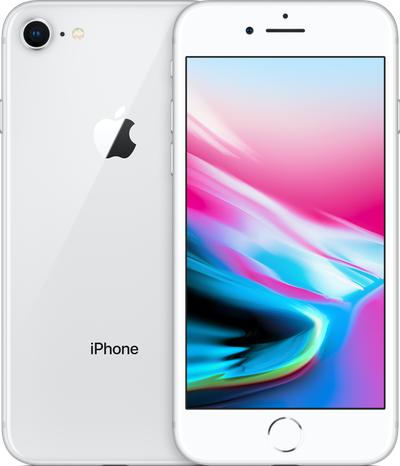 iPhone 8
The new iPhone SE will reportedly be available in white, black, and red and come in 64, 128 and 256 GB capacities. Apple itself even briefly leaked some confirmation on the new device's name, updating the name of an existing Belkin screen protector for the iPhone 7 and 8 to include a reference to the SE in its online store.

The video was inconspicuously titled "how to erase your iPhone," but on a settings screen for the Find My app, AirTags were clearly mentioned in fine print that indicates "offline finding enables this device and AirTags to be found when not connected to Wi-Fi or cellular."

MacRumors uncovered evidence of AirTags within iOS 13 code last year. The item trackers will compete with Tile, helping users keep track of their personal belongings, such as their keys, wallets, and backpacks.

Well, this was unexpected.

The popular iPhone and iPad weather app Dark Sky this week announced that it has been acquired by Apple. There will be no changes to the app, and it will remain available for purchase in the ‌App Store‌.

Apple will be ending Dark Sky support on Android and Wear OS on July 1, 2020. Dark Sky's API will also stop working at the end of 2021, which will impact other popular weather apps like CARROT Weather that use Dark Sky as a data source.

The Amazon Prime Video apps for iPhone, iPad, and Apple TV now allow customers to purchase and rent movies and TV shows within the app, with Apple allowing Amazon to use its own payment system, skirting the traditional in-app purchase screens.

While this would appear to violate Apple's App Store rules that require all content purchased in apps to go through Apple's in-app purchase system and result in Apple taking a cut of the revenue, Apple says that Amazon Prime is now part of an existing program for a small handful of "premium" video apps, which allows them to use their own payment methods instead of in-app purchases.

Sykora171
As a day 1 iPhone SE user, i'm very anxious to see what the final result of the new SE is going to be. I'm disappointed that it won't be a 4" device, but i'll probably force myself to jump to it since my launch day SE is starting to show its age.. (having some GPS accuracy issues)

HERE is the SE I wish we were getting.. I would pay full iPhone 11 price for this.

As a day 1 iPhone SE user, i'm very anxious to see what the final result of the new SE is going to be. I'm disappointed that it won't be a 4" device, but i'll probably force myself to jump to it since my launch day SE is starting to show its age.. (having some GPS accuracy issues)

HERE is the SE I wish we were getting.. I would pay full iPhone 11 price for this.

Agree Sykora. We have Cook to blame for the new SE travesty. A total disconnect with what the SE means to many: single-hand use, and comfortable tight-jeans fit. And, of course, the non-slip edges. Total disappointment on my side, and I know that is fighting words in this forum, but I am not alone by multiples.
Score: 17 Votes (Like | Disagree)

HappyIntro
The iPhone SE was pretty special, nothing has felt quite so good to hold since (I'd say the iPhone 4 was the pinnacle of hand held comfort). Apple could do great things with the old SE's physical form factor, such as that super sexy render further up thread. I'm sure Apple's new product committees have had some interesting meetings where they've hashed out the pros and cons of continuing that form factor...for some reason they've chosen to abandon it, apparently, which seems like a shame.
Score: 5 Votes (Like | Disagree)

Then don’t buy it. You can either keep using your old 4” iPhone, buy one of these, get an 11 model or an Android phone. I don’t think anyone makes a 4” phone anymore to be honest. Anything that small would fail in today’s flagship market and engineering an all new small 4” phone and then selling it at a budget price doesn’t provide a lot of return on investment. Using an old design, but putting new internals in it is the best way to offer customers a good budget phone, but still have an excellent profit margin on it.

Please. Since when did Apple base their products on what their competitors were doing? The iPhone SE represents Apple's best iPhone design. The most likely reason this new monstrosity doesn't have the squared edges is that they will be featured in the iPhone 12. And, of course, they can extend the use of their legacy manufacturing process. You're right that it's about dollars and cents, but you're wrong to take the this stance toward a legitimate, sizable market segment. Apple's release of this new phone is proof that the segment is real. Too bad Apple is failing to address a significant part of that segment with this offering.
Score: 5 Votes (Like | Disagree)

Then don’t buy it. You can either keep using your old 4” iPhone, buy one of these, get an 11 model or an Android phone. I don’t think anyone makes a 4” phone anymore to be honest. Anything that small would fail in today’s flagship market and engineering an all new small 4” phone and then selling it at a budget price doesn’t provide a lot of return on investment. Using an old design, but putting new internals in it is the best way to offer customers a good budget phone, but still have an excellent profit margin on it.

I think you entirely missed the entirety of the point of discussion here.
Score: 4 Votes (Like | Disagree)

Why even bother posting something you know is completely wrong?

It is not informational or remotely funny.
Score: 4 Votes (Like | Disagree)
Read All Comments