Intel today announced the launch of its latest 10th-generation Core processors for high-end notebooks, potentially including the next 16-inch MacBook Pro. The batch of 45W chips, part of the Comet Lake family, are built on Intel's 14nm++ architecture. 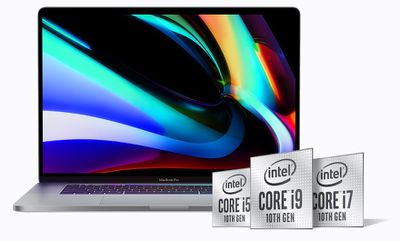 The new H-series chips have the same base clock speeds as the 9th-generation chips in the current 16-inch MacBook Pro, but Turbo Boost speeds now exceed 5GHz for the first time. For example, the new highest-end Core i9 chip still clocks in at 2.4GHz, but its maximum Turbo Boost frequency has increased from 5.0GHz to 5.3GHz.

Intel promotes the fact that its new Core i9 chip is the "world's fastest mobile processor" and the first to exceed the 5GHz frequency barrier. However, not everyone is impressed with the year-over-year performance improvements as a whole.

I think it’s fair to scoff at re-releasing the same CPU as last year’s with only minor changes to clock speed. — Paul Haddad (@tapbot_paul) April 2, 2020

Apple added Wi-Fi 6 to its latest iPhone and iPad Pro models, but the 16-inch MacBook Pro and the new MacBook Air still have Wi-Fi 5.

Keep in mind that last month, analyst Ming-Chi Kuo said Apple's first Mac notebooks with its own custom-designed Arm-based processors will launch in the fourth quarter of 2020 or the first quarter of 2021. Kuo said Apple plans to launch several Arm-based Macs by the end of 2021, including notebooks and desktops, marking a transition away from Intel.

Seraph301083
yeah.. and AMD announced theirs which is more energy efficient and seems to beat intels top of the line mobile cpu in single and multi threaded benchmarks...
Score: 28 Votes (Like | Disagree) 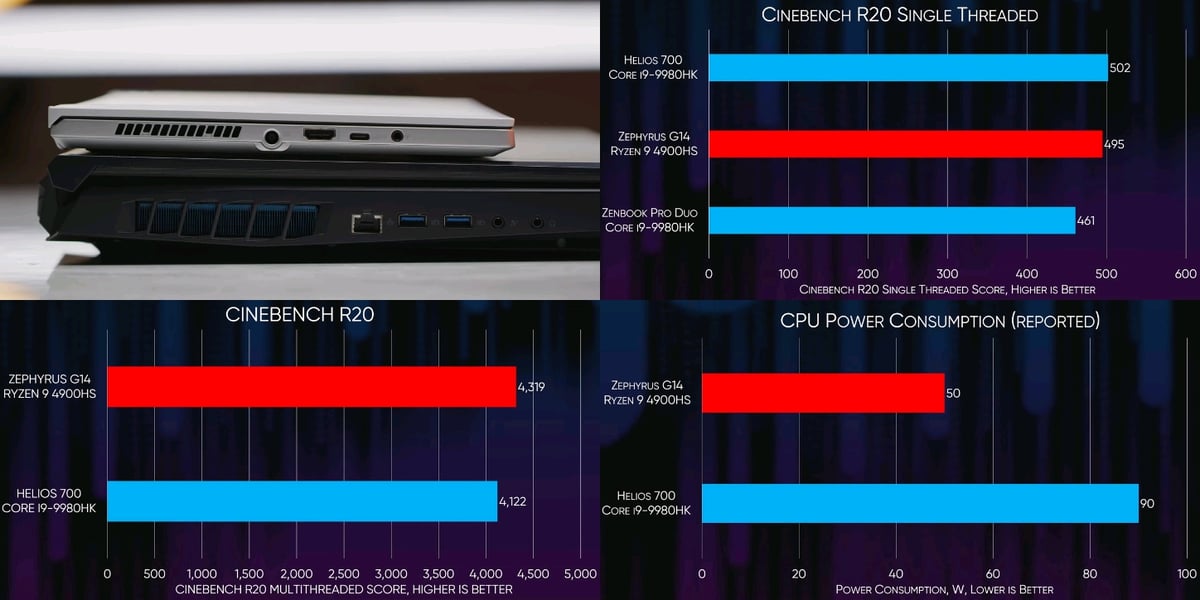 Think I'd be more interested in Renoir at this point. VRMs aren't going to sustain upwards of 5GHz for long at all .
Score: 22 Votes (Like | Disagree)

This is true, but Intel can’t change the Laws of Physics. They are starting to hit brick walls in terms of how much power they can pack into a laptop CPU.

It’s not the law of physics. It’s the law of not executing. They are still on their 14nm process, which is ridiculous.
Score: 14 Votes (Like | Disagree)

DHagan4755
In all fairness, while the 16" MacBook Pro was released in mid-November, it was using the same 9th generation chipset as the 15" models it replaced. Those 15" models were released last May ('https://www.macrumors.com/2019/05/21/apple-debuts-new-8-core-macbook-pro/'). So it's conceivable the 16" will get these new 10th generation processors alongside whatever Apple does with the smaller MacBook Pro.
Score: 10 Votes (Like | Disagree)

kissmo
I have a hunch the Ryzen 9 4900HS is a much suitable cpu for the mac currently, although I stopped caring about CPU anymore on these machines.
For laptops they are powerful enough these days, and I am more interested in power consumption, gpu and making these darn machines less hot.
Score: 9 Votes (Like | Disagree)
Read All Comments

Wednesday January 26, 2022 8:56 am PST by Joe Rossignol
Benchmark results have started to surface for MSI's new GE76 Raider, one of the first laptops to be powered by Intel's new 12th-generation Core i9 processor. Intel previously said that its new high-end Core i9 processor is faster than Apple's M1 Max chip in the 16-inch MacBook Pro and, as noted by Macworld, early Geekbench 5 results do appear to confirm this claim, but there are several...
Read Full Article • 280 comments