Apple plans to launch several Mac notebooks and desktop computers with its own custom designed Arm-based processors in 2021, analyst Ming-Chi Kuo said today in a research note obtained by MacRumors.

Kuo believes that Arm-based processors will significantly enhance the competitive advantage of the Mac lineup, allow Apple to refresh its Mac models without relying on Intel's processor roadmap, reduce processor costs by 40 to 60 percent, and provide Macs with more hardware differentiation from Windows PCs. 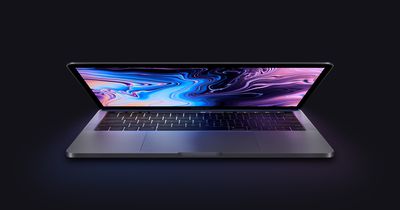 Earlier this month, Kuo said Apple's first Mac notebooks with Arm-based processors will launch in the fourth quarter of 2020 or the first quarter of 2021.

Kuo expects ASMedia Technology to become the exclusive supplier of USB controllers for Arm-based Macs, adding that the Taiwanese integrated circuit designer will benefit from Macs gaining support for USB4 in 2022.

USB4 converges the Thunderbolt and USB protocols as part of Intel's goal to make Thunderbolt available on a royalty-free basis, which should result in wider and cheaper availability of Thunderbolt accessories like docks and eGPUs.

As USB4 is based on Thunderbolt 3, it offers data transfer speeds up to 40 Gbps, which is twice as fast as the bandwidth of the latest USB 3.2 Gen 2x2 specification. USB4's underlying Thunderbolt 3 protocol also means the specification supports up to two 4K displays or one 5K display over a single cable.

The new USB4 specification was published in September 2019, giving Apple plenty of time to implement it in time for 2022 Macs.

Will current third-party apps still work? The last thing I want to do is wait for ARM-compatible versions of Office and other programs I use. I can't remember how the PowerPC to x86 went, but I don't think a lot of the programs were compatible.

I do. This will be the end of the Mac Desktop. The people that think this is great weren't around for that. They also don't have a flippin' clue as to how software development cycle actually works.

10.6 hung around for nearly 5 years - and there was a REASON that it stayed around. And here is a hint apologists - it wasn't because we weren't "willing to learn new software". It was because "I gotta get work done." Example - all of my 3d art software went from Multi-threaded PowerPC to Single Threaded X86. It was another TWO versions before I was back to what I had with 10.6 - which was WHY I stayed with 10.6 until the release of 10.10.

What could possibly go wrong?

Let's say for grins and giggles an ARM laptop launches on 1 Jan 2021 (just to make the math easier).

None of your desktop apps are running on that laptop in 2021 (Good news is that you will be able to run Candy Crush natively.)

Most software houses run on a 18 - 36 month development cycle. For grins and giggles ask that long-time OSX developer you know about how Apple screwed them with Carbon-64. I would suggest that you not be within arm's reach. Nothing like seeing P.T. Barnum telling a packed auditorium that all of the code developers had worked on for the past year can go straight into the garbage can. (BTW, that is precisely why it took as long as it did to get x86 apps for OSX.)

So you will be running your software in emulation for at least 18 months - probably closer to 36.

That 1st native version isn't going to have any new features. That will be in version 2 - which will be at least another 18 months after the release of version 1. And you WILL be buying them - no free upgrades for you.

Did I mention that you will also be running this version 1.0 software on version 1.0 hardware?

Of course, all of this is predicated on the belief that a TCO analysis will show that it would actually be worth porting the software. A lot of stuff didn't make the transition from PowerPC to X86.

Are YOU willing to bet your company on Tim Cook's plan for the future?
Score: 37 Votes (Like | Disagree)

Nugget
It'll be a sad day when I'm driven to the Lenovo+Linux world because I can no longer do my job with a Mac.
Score: 33 Votes (Like | Disagree)

Freeangel1
OK. We all know how the POWERPC IBM G5 Processor era went.
People need a way of running windows on a Mac
its fine for apple to reduce its costs on processors but I really doubt people will spend all that money to buy new software
Windows 10 is it. there will not be a windows 11. And companies rely heavily on the windows eco system and backwards compatibility

By the way. the shape of the economy has a lot to do with what people spend their money on

their were 3.3 Million people that lost their jobs so far today

They are not gonna spend money on ARM Processor Macs with no jobs or income
especially when robots and automation are taking the place of humans.
the future could look like a MAD MAX movie. No one knows.
We have to make wise choices on the environment and not handing too much human responsibility to machines

USB 4 I am sure will be available on the X86 platform. No need to go ARM just for that other than Battery life

zorinlynx
I don't understand why so many people are gung-ho for this. Do you really want to deal with going through ANOTHER architecture switch? With your old software breaking AGAIN a few years down the line?

Now you want them to do it YET AGAIN? Meanwhile I can run a twenty year old game on my Windows 10 gaming computer and it works perfectly.

Apple should stabilize their ABI for the long-haul instead of trying to reinvent themselves every few years. As much as I love MacOS this is the one thing that drives me crazy about Apple.
Score: 23 Votes (Like | Disagree)

OK. We all know how the POWERPC IBM G5 Processor era went.
People need a way of running windows on a Mac

This isn't as much of an issue as you may think now.

Why?
Things are going cloud/web based
Also, Microsoft is porting their apps to everything, iOS, Android, Mac, Linux even.

The need to run Windows is nowhere near as bad as it was in the days of powerpc.

Also, don't be surprised if something akin to Rosetta comes along again to assist with the transition.
Score: 19 Votes (Like | Disagree)
Read All Comments