Apple's anticompetitive behaviors have gotten worse over the course of the last few months rather than better, Tile claimed in a congressional panel today, reports Reuters. 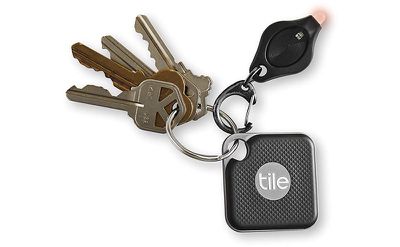 Executives from Tile, PopSockets, Sonos, and Basecamp in January testified in front of a congressional hearing in an ongoing antitrust inquiry launched by the U.S. government against tech companies like Amazon, Apple, and Google.

Tile at the time complained about Location Services changes implemented in iOS 13 that encouraged customers not to use always-on location tracking by requiring them to set a toggle in "deep, hard-to-find smartphone settings."

To resolve the dispute, Apple said that it was working on an option that would allow third-party developers to enable "Always Allow" tracking features right when an app is installed, but Tile today said that it is not satisfied with Apple's actions since the original congressional meeting.

"Despite Apple's multiple promises to reinstate 'Always Allow' background permissions option for third party apps' geolocation services, Apple has not yet done so," Tile said. Always-on location access is crucial for the Tile app's ability to locate nearby Tile hardware.

Tile also said that it appears Apple is working on a hardware product that will be added to the Find My app, referencing AirTags rumors. There is evidence that Apple is developing small, Bluetooth-enabled tracking tags that will be able to be attached to wallets, keys, and other items to allow them to be located in the ‌Find My‌ app.

AirTags will directly compete with Tile's Bluetooth tracking tags, which serve a similar function, but will have an edge because they'll be integrated right into the ‌Find My‌ app used by every iPhone, iPad, and Mac owner.

Apple opted not to comment on what Tile had to say, but pointed Reuters to its previous statement made in January.

Apple builds its hardware, software, and system level apps to protect user privacy and provide the best products and ecosystem in the world. Apple has not built a business model around knowing a customer's location or the location of their device.

When setting up a new device users can choose to turn on Location Services to help find a lost or misplaced device with ‌Find My‌ ‌iPhone‌, an app that users have come to rely on since 2010. Customers have control over their location data, including the location of their device. If a user doesn't want to enable these features, there's a clear, easy to understand setting where they can choose exactly which location services they want enabled or disabled.

In regard to third-party apps, we created the App Store with two goals in mind: that it be a safe and trusted place for customers to discover and download apps, and a great business opportunity for developers. We continually work with developers and take their feedback on how to help protect user privacy while also providing the tools developers need to make the best app experiences.

We're currently working with developers interested in enabling the "Always Allow" functionality to enable that feature at the time of setup in a future software update.

Apple, along with other tech companies, continues to be under investigation by the U.S. Justice Department, the Federal Trade Commission, and attorneys general from dozens of states.

az431
What else would they say?

Buying out Dark Sky and killing the Android version and eventually the API is another example.

I wouldn't even mind so much if they at least kept non-Apple platforms around.

Give it a rest. There are a hundred other weather apps and APIs on the planet. 99.9% of the planet never heard of Dark Sky until Apple bought it.
Score: 49 Votes (Like | Disagree)

dannyyankou
Alternate headline: Company complains that competition and a free market will lead to them losing business
Score: 42 Votes (Like | Disagree)

jcshas
I get the feeling this won’t end well for Tile.
Score: 31 Votes (Like | Disagree)

mukiex
I love my Apple hardware, but I honestly hope they lose the ever-loving **** out of this case. They've left too much of a ****ing graveyard of companies by basically stealing their ideas outright and then effectively locking them out of the market they built via either pricing or kneecaping their featureset.

We really need a legitimate option for fully-third-party software. This arrangement where Apple markets their iOS devices like computers but then manages their software ecosystem like video game consoles isn't a great arrangement for anyone involved but Apple.
Score: 31 Votes (Like | Disagree)

I love my Apple hardware, but I honestly hope they lose the ever-loving **** out of this case. They've left too much of a ****ing graveyard of companies by basically stealing their ideas outright and then effectively locking them out of the market they built via either pricing or kneecaping their featureset.

We really need a legitimate option for fully-third-party software. This arrangement where Apple markets their iOS devices like computers but then manages their software ecosystem like video game consoles isn't a great arrangement for anyone involved but Apple.

I disagree, at least as far as competing with Tile. I'm a (was) a Tile user and it absolutely sucks.
Score: 16 Votes (Like | Disagree)
Read All Comments