Nearly a year after canceling its AirPower wireless charging mat, Apple has resumed development of the project, according to YouTuber and leaker Jon Prosser. However, there is no guarantee that the accessory will ever be released. 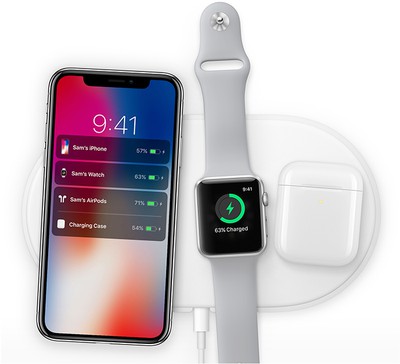 Prosser claims that Apple engineers are attempting to redesign the mat's charging coils to displace heat more effectively, adding that prototyping is underway. Apple only said that the AirPower failed to achieve its high standards, but rumors suggested that the mat experienced issues with heat management and interference.

AirPower would have been able to charge an iPhone, Apple Watch, and AirPods case simultaneously, regardless of each device's position on the mat. The battery percentage of each device would have shown up on the iPhone's lock screen while charging.

AirPower isn’t dead 👀 The project is back on, internally. No guarantee that they’ll finalize and release it, but they haven’t given up yet and they’re trying to re-engineer the coils to displace heat more effectively. Prototyping is underway. 🧻🧻🧻🧻🧻 pic.twitter.com/tjbbViwGM2 — Jon Prosser (@jon_prosser) March 22, 2020

Apple first previewed the ‌AirPower‌ in September 2017 at Steve Jobs Theater, shortly after introducing the iPhone X, and said that it would be released by the end of 2018. Apple failed to deliver on that promise and ultimately canceled the mat in March 2019. At the time, Apple said it remained "committed to push the wireless experience forward."

Prosser has shared accurate Google leaks in the past, but he has only recently pushed more into Apple rumors, so his track record is limited on that front.

A few months ago, well-known analyst Ming-Chi Kuo forecasted that one of Apple's major new hardware products in the first half of 2020 would include a "smaller wireless charging mat," but he did not provide any further details and that timeframe may have changed due to the ongoing pandemic. It is unclear if the mat would have AirPower branding.

my God, enough with this already.

Not really. Kind of the opposite, actually.

How is it more convenient?

Just put the phone down and it charges. Pick it up and go. Versus plugging it in and unplugging it (and potentially chasing the wire around when it falls off your nightstand, etc.)
Score: 9 Votes (Like | Disagree)

Not really. Kind of the opposite, actually.

How is it more convenient?

That’s the point, one doesn’t have to plug a cable into the phone to charge it. I find that convenient. Ymmv.
Score: 8 Votes (Like | Disagree)

I know so many other Apple users that have AirPods, Watch & iPhone that would buy this...
Score: 6 Votes (Like | Disagree)

Eli_m
my God, enough with this already.
Score: 6 Votes (Like | Disagree)
Read All Comments

Wednesday July 15, 2020 10:04 am PDT by Juli Clover
Apple today released iOS and iPadOS 13.6, major updates that come more than a month after the launch of iOS and iPadOS 13.5.1. iOS and iPadOS 13.6 introduce new Health, Apple News, and software update features. The iOS and iPadOS 13.6 updates are available on all eligible devices over-the-air in the Settings app. To access the updates, go to Settings > General > Software Update. Apple has...
Read Full Article • 112 comments

Tuesday July 14, 2020 2:34 pm PDT by Juli Clover
Apps created for Macs don't typically receive as much coverage as apps designed for iPhones and iPads, so we crated a series here at MacRumors to highlight interesting Mac apps worth checking out. This month's apps focus on productivity and feature great tools for working from home. Subscribe to the MacRumors YouTube channel for more videos. Twobird (Free) - Twobird is an email app from...
Read Full Article • 29 comments