Six San Francisco Bay Area counties this afternoon issued a shelter-in-place mandate that affects close to seven million people along with businesses in the area, including Apple Stores, reports The San Francisco Chronicle. 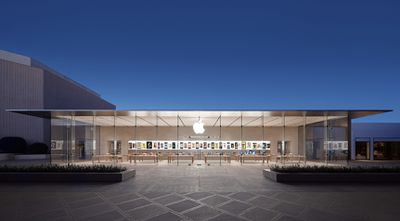 In the counties of San Francisco, Marin, Santa Clara, San Mateo, Alameda, and Contra Costa, along with the city of Berkeley, residents must stay inside and venture out only for necessities. Santa Clara county includes Apple's headquarters and many additional offices, while there are multiple Apple Stores across the six affected counties.

People must work from home unless they provide essential services like public safety, sanitation, and medical services. Pharmacies, banks, and grocery stores will remain open, as will restaurants, but only for take out. Veterinary services, gas stations, hardware stores, and other essential shops are permitted to remain open, but other non-essential stores will close.

Non-essential gatherings of any size are banned, along with non-essential travel "on foot, bicycle, scooter, automobile, or public transit."

Given the shelter-in-place order, Apple Stores in the Bay Area are not likely to be able to reopen on March 27 as planned, as the order is set to last for three weeks at this time, ending on April 7 at the earliest.

Apple on Friday closed all of its retail stores across the United States for a two week period.

The shelter-in-place order in the Bay Area is the most restrictive in the United States at this time, and have been put in place to halt the spread of the virus. The Bay Area has 251 reported cases of coronavirus at this time, but infectious disease experts believe there could be hundreds and possibly thousands of cases in the area that are undiagnosed due to testing issues.

HappyIntro
This is quite the lifestyle change here in CA, yikes. Hanging out in my house with wife and two kids for three weeks? Now that is dystopian, lol.
Score: 7 Votes (Like | Disagree)

Will there be a baby boom in 9 months?

outskirtsofinfinity
Where's the guy who argued with me on here a few weeks back saying that this virus thing will all be a non-issue in a couple of weeks...
Score: 4 Votes (Like | Disagree)

darkslide29
California is waving the normal one-week waiting period for unemployment insurance, so as soon as you know you aren't going to be getting a paycheck, file right away online. Everyone here is computer literate, so just file online, it is the simplest way to do it. But If you call in, the phone lines will be hammered (they already were even before this crisis), and unfortunately all you can do is be patient and wait, don't hang up.

EDIT: You don't have to be fully unemployed. If you normally work full time but get temporarily shifted to part time, you can file unemployment for those lost hours even if you are still working for them.
Score: 3 Votes (Like | Disagree)

So is exercise considered "non-essential" or is our health not really important? You can't even go out for a walk or jog around the neighborhood?

Correct. But let’s not pretend there aren’t other ways to exercise at home.

It is certainly uncomfortable, but that’s expected.

Exercise is permitted. From the SFChronicle article:

The directive allows for people to go outside — and in fact, health officers encouraged people to run, hike and walk their dogs, as long as they do it alone or with close family, and keep 6 feet away from others. Trails and parks are open, but people cannot gather in groups. Recreation centers and clubhouses are closed.

Sunday January 23, 2022 2:59 am PST by Tim Hardwick
Apple has always emphasized the depth of thought that goes into the design of its products. In the foreword to Designed by Apple in California, a photo book released by the company in 2016, Jony Ive explains how the company strives "to define objects that appear effortless" and "so simple, coherent and inevitable that there could be no rational alternative." But every once in a while even...
Read Full Article • 325 comments

Sunday January 23, 2022 10:32 am PST by Juli Clover
Apple is working on a number of new products that are set to launch this fall, and Bloomberg's Mark Gurman says that it will be "the widest array" of new devices that Apple has introduced in its history. In his latest "Power On" newsletter, Gurman explains that Apple is working on four new iPhones (iPhone 14, iPhone 14 Max, iPhone 14 Pro, and iPhone 14 Max), an updated low-end MacBook Pro, a ...
Read Full Article • 180 comments