Apple has released a statement addressing their response to the COVID-19 coronavirus pandemic that has been affecting the entire world. The statement details many of the steps Apple has taken in response. 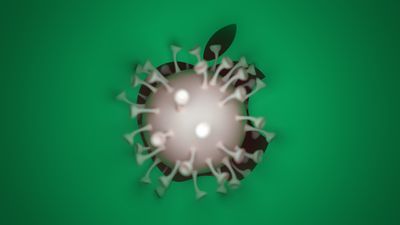 Apple's online store remains open, and for service and support, they point users to their online support site.

The statement, signed by Tim Cook, closes with the following:

There is no mistaking the challenge of this moment. The entire Apple family is indebted to the heroic first responders, doctors, nurses, researchers, public health experts and public servants globally who have given every ounce of their spirit to help the world meet this moment. We do not yet know with certainty when the greatest risk will be behind us.

And yet I have been inspired by the humanity and determination I have seen from all corners of our global community. As President Lincoln said in a time of great adversity: “The occasion is piled high with difficulty, and we must rise with the occasion. As our case is new, so we must think anew, and act anew.”

That’s always how Apple has chosen to meet big challenges. And it’s how we’ll rise to meet this one, too.

The COVID-19 coronavirus pandemic has affected the entire world economy including Apple. Many other companies, organizations, and governments have been closing down activities to promote social distancing, in an attempt to reduce the transmission of the virus.

m4mario
Tim Cook will certainly be a good president.
Score: 5 Votes (Like | Disagree)

V_Man
I admit I thought this was a minor thing. Way overblown. I was wrong. This is the right thing to do.
Score: 4 Votes (Like | Disagree)

Was this going on with swine flu ans bird flu?

No, because those weren’t as contagious nor as lethal, and didn’t have the potential to infect 60% of the population and kill 3% of those affected if this sort of action was not taken.
Score: 3 Votes (Like | Disagree)

Ok, you need to take a closer look at the data that the Johns Hopkins dashboard is showing you. Only 81,000 of China's 1.4billion people have tested positive for coronavirus. Of those 81,000 people, 5800 have died.

Thank a closer look, 5800 of those deaths are world wide, not just China.
Score: 2 Votes (Like | Disagree)

Was this going on with swine flu ans bird flu?

The Centers for Disease Control and Prevention on April 24, 2009, declared that the containment of swine flu in the United States was “not very likely ('https://www.cdc.gov/media/transcripts/2009/t090424.htm').” Two days later, April 26, the Obama administration declared a public health emergency, before any American had been killed by the swine flu.

I admit I thought this was a minor thing. Way overblown. I was wrong. This is the right thing to do.

Hard to blame you. Some have been calling the coronavirus thing a hoax for weeks.

Even in this thread, people are still not appreciating the difference between coronavirus and the flu.
Score: 2 Votes (Like | Disagree)
Read All Comments

Sunday January 16, 2022 3:37 pm PST by Joe Rossignol
A bug in WebKit's implementation of a JavaScript API called IndexedDB can reveal your recent browsing history and even your identity, according to a blog post shared on Friday by browser fingerprinting service FingerprintJS. In a nutshell, the bug allows any website that uses IndexedDB to access the names of IndexedDB databases generated by other websites during a user's browsing session....
Read Full Article • 221 comments