Apple Seeds Second Betas of iOS and iPadOS 13.4 to Developers 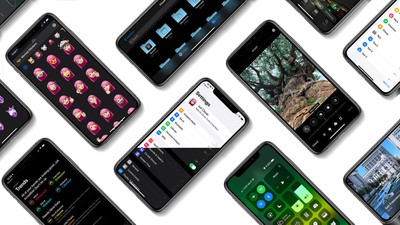 iOS and iPadOS 13.4 are major updates, bringing several major new features to the iPhone and the iPad. There's a new toolbar in the Mail app that's available when viewing an email, featuring a more logical design to address complaints about the Mail layout in iOS 13.

The update design moves the reply icon away from the delete icon, making it much harder to accidentally delete an email, and it re-adds Folder and Flag icons.

There are hints of a new CarKey API in iOS 13.4, which would allow the ‌iPhone‌ to be used to lock, unlock, and start a car that has NFC capabilities. This functionality hasn't been announced by Apple as of yet, but it will ‌iPhone‌ owners to use their devices in lieu of a car key. Sharing features will also be available for assigning keys to friends and family members.

For a full list of all the new features that have been found in iOS and iPadOS 13.4 so far, make sure to check out our dedicated what's new article.

fullfast
Getting exactly the same here re verification
Score: 2 Votes (Like | Disagree)

Getting exactly the same here re verification

Sounds like it's on Apple's side then. I am sure it will be fixed soon.
Score: 2 Votes (Like | Disagree)

Macaholic868
Can we stop describing new emojis as a new feature? There are enough emojis out there to the point it’s beyond overwhelming and I don’t use 99% of them. It takes to long to scroll through them all. Enough already. Add them to your hearts content. It’s not a new feature. It’s more ?
Score: 2 Votes (Like | Disagree)

Tuesday May 11, 2021 9:41 am PDT by Juli Clover
Apple will soon ship out 11 and 12.9-inch M1 iPad Pro models, according to multiple Twitter users and MacRumors readers who have seen their orders shift to "Preparing to Ship" status. So far, we haven't seen any shipment notifications, but that's the next step and is likely to happen in the near future. Apple has not provided an exact delivery date to those who ordered a new M1 iPad Pro, but ...
Read Full Article • 170 comments

Friday May 7, 2021 1:51 am PDT by Tim Hardwick
An early look at an ongoing analysis of Apple's App Tracking Transparency suggests that the vast majority of iPhone users are leaving app tracking disabled since the feature went live on April 26 with the release of iOS 14.5. According to the latest data from analytics firm Flurry, just 4% of iPhone users in the U.S. have actively chosen to opt into app tracking after updating their device...
Read Full Article • 239 comments