Two of the iPad's Creators Share Thoughts on Its Development, Evolution, and More

Tuesday January 28, 2020 6:55 am PST by Eric Slivka
Yesterday marked the tenth anniversary of the iPad, and alongside that milestone, Input has published an interview with Imran Chaudhri and Bethany Bongiorno, two of the key Apple employees behind its development.

The interview is an interesting read, with Chaudhri and Bongiorno sharing a few bits about their histories with Apple and the iPad, thoughts on the team's mindset during development of the ‌iPad‌, their perspectives on how the ‌iPad‌ evolved to fit how people have used it, and more. 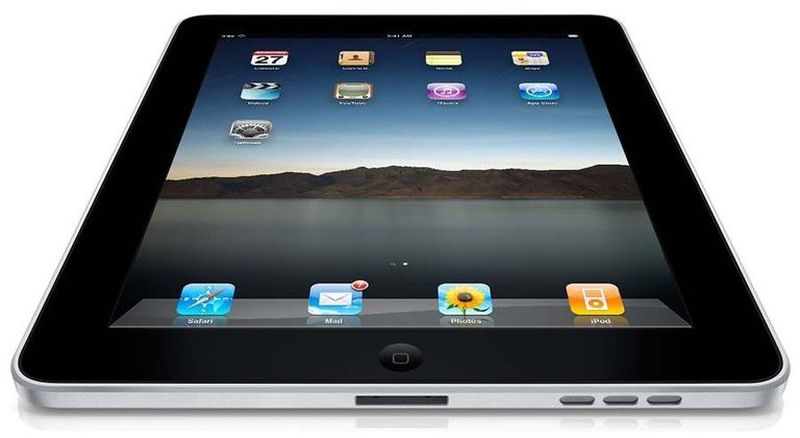 One of the more interesting tidbits relates to cameras, which actually weren't included on the original ‌iPad‌ even though a digital photo frame was intended as one of its primary use cases, driven in large part by Steve Jobs. Only after the ‌iPad‌ launched did Apple discover that people really didn't want to set their iPads up as static photo frames, and then later once the ‌iPad‌ did gain a camera, the team was surprised to see how much people were using it to take photos.

Bongiorno: We talked about the hope that it would be kind of this photo frame, like ‘“How are they going to get the photos on it?” We actually didn't believe that people would walk around taking pictures with their ‌iPad‌. It was actually a funny internal conversation when we started seeing people outside taking their ‌iPad‌ with them and taking photos on vacation. I don't think we actually thought people would use it that way — and they ultimately did. [...]

Chaudhri: But the [‌iPad‌] camera is super funny. That's the other thing that we didn't anticipate being so big. But it was a segment of the population at the time that really was using the camera more than anything else. So I remember very clearly at the 2012 Olympics in London, if you looked around the stadium, you saw a lot of people using an ‌iPad‌ as a camera and generally that was people that just needed to have a bigger viewfinder for vision reasons, etc. Then seeing that, we went back in and redesigned the camera experience on the ‌iPad‌ — recognizing that this is going to be a thing that we just can't get people away from because they want this larger viewfinder.

Another interesting section addresses their regrets related to the ‌iPad‌, with Bongiorno highlighting how difficult it ended up being to push the ‌iPad‌ forward given the small size of the ‌iPad‌ team and the "gravity of the phone," while Chaudhri similarly cited the strength of the iPhone as well as business decisions that kept the ‌iPad‌ from replacing textbooks in schools as had been originally envisioned.

The full interview is definitely worth a read over at Input, as it touches on a number of other topics such as the Apple Pencil, thoughts on the differences between Android tablets and the ‌iPad‌, and what the next ten years might bring for the ‌iPad‌.

MacInDawg
This article has really triggered me! Why? Just because it is about Apple and no other reason whatsoever! I mean that is what MacRumors is all about right, being recreationally outraged at Apple?
Rating: 7 Votes

We actually didn't believe that people would walk around taking pictures with their iPad. It was actually a funny internal conversation when we started seeing people outside taking their iPad with them and taking photos on vacation.

Nowadays, we see people taking photos on "phones" that are almost as big as the original iPad. ?
Rating: 4 Votes

barkomatic
They developed an entire operating system for a device they initially intended to be used as a digital photo frame? That wasn't mentioned at launch. . .
Rating: 3 Votes

Good marketing includes successfully persuading people to buy what you have to sell. If you've just invested millions developing a lemon, you better start hyping up lemonade, at least for the next quarter. If you start educating them they might go and buy a competing product.

Its easy to forget that last bit when making claims like "Good X is all about simplistic soundbite Y" - a lot of modern management theory seems to be based on enumerating all of the rules but rejecting rule 1 ("Give a stuff about what you are doing") and rule 2 ("Rules are there to make you think before breaking them." ((c) Pratchett)).
Rating: 3 Votes

I used to work at a company that developed new products, and during the product development meetings it always amused me when the marketing manager would make these proclamations that "the customer wants this" or "the customer doesn't want that" when he didn't know any more than anyone in the room or anyone walking down the street what the next guy wants.
A lot (I'd guess most) marketing managers are kinda clueless when it comes to looking into the crystal ball trying to guess what other people want ... Just like the rest of us


Good marketing isn't guessing/predicting what people want or don't want. Good marketing is educating people about what is available and guiding them to a decision.
Rating: 3 Votes

I agree with your second point but not your first. A lot of time and research (should) go into making sure the team developing a new product is making something the company can actually sell. If not, it just makes the marketing groups job that much harder, trying to convince people to buy something they don't have a use for. Even on MacRumors there are a bunch of products that people comment on saying "no one needs this" or "that thing is pointless". If the marketing group did its job correctly then that product would have gotten canned before it make it to production.
Rating: 2 Votes

I somewhat agree with that. Good marketing in my opinion is also about educating consumers on problems they don't even know they have. Or, inventing a problem and also selling them a solution. At least that is what marketing in the USA has been for the past decade or more....
Rating: 2 Votes

“A larger viewfinder” ... that blocked everyone else’s view. #selfish


I bet you're the type of selfish ******* that goes to a gig and holds their phone up high obscuring everyone behind you... just to record a video you'll never watch again - especially 'cause the audio is so distorted.
Rating: 2 Votes