Apple today announced the launch of a new Apple Watch Connected program that should benefit both gyms and gym-goers.

The program will reward gym-goers for using an Apple Watch to track their workouts, with incentives varying by gym. At participating Crunch Fitness locations, for example, members can earn up to $4 off the cost of their membership per week if they meet certain activity goals, according to CNBC. 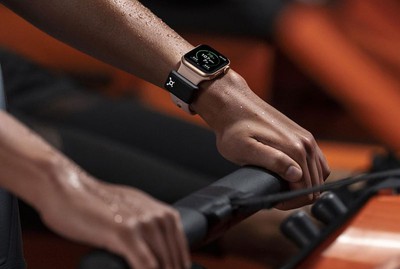 In return, gyms could attract new customers who wear an Apple Watch and see increased loyalty from existing members.

It is free for gyms to join the Apple Watch Connected program, so long as they meet the requirements, including having iPhone and Apple Watch apps to track workouts, offering rewards and incentives, and accepting Apple Pay. Apple also encourages gyms to offer GymKit-enabled equipment for improved Apple Watch syncing.

Four gym chains are rolling out support for the program in the United States starting today, including Basecamp Fitness, Crunch Fitness, Orangetheory Fitness, and the YMCA, according to CNBC:

Basecamp will launch Apple Watch Connected to all of its clubs over the next year. YMCA will start with its greater Twin Cities locations this week followed by 22 additional YMCA branches in the coming weeks before expanding further. Crunch Fitness is launching Apple Watch Connected in two Manhattan gyms this week with more coming. Finally, Orange Theory will deploy it in all U.S. facilities in 2020, starting with two Manhattan locations on Thursday.

Last month, Orangetheory Fitness announced that it would begin rolling out Apple Watch support to its gyms in the first quarter of 2020. The gym chain created a small accessory called the OTbeat Link that attaches to an Apple Watch band, allowing the Apple Watch to sync with the chain's heart rate monitoring system.

I've gone to the local UTC 24 Hour Fitness here in La Jolla 5+ days per week for years, & have NEVER ONCE seen anyone wearing an Apple Watch there !

Lots with iPhones, almost everyone, but ZERO Apple Watches !

Rogifan
The insurance company I work for has a program that allows people to buy down their deductible by meeting certain walking goals. I think it’s great. Incentives for healthy activity is a good thing especially in a country where obesity and diabetes are so prevalent.
Score: 4 Votes (Like | Disagree)

xander49x
That is a great idea, now all gym's should join the program :)
Score: 4 Votes (Like | Disagree)

DoctorTech
There could be a slippery slope there. I know of employers in my area that offer "discounts" to employees who wear Fitbit devices and share their data with the employer and their insurance company. I put "discounts" in quotes because the company dramatically raised the employees insurance cost at the same time they started offering the "discount" if you agreed to wear the Fitbit all the time. A lot of people perceived it as status quo if you wear the Fitbit and a penalty if you don't.

There was a federal court case filed a couple years ago about this type of behavior where a group of people claimed they were being coerced by their employer to wear tracking devices and the employer argued there was no coercion, just a "voluntary" program for those who wanted to participate. The case was taking forever due to multiple motions being filed by the company being sued. I need to find that case and see how it was decided.
Score: 4 Votes (Like | Disagree)

I've gone to the local UTC 24 Hour Fitness here in La Jolla 5+ days per week for years, & have NEVER ONCE seen anyone wearing an Apple Watch there !

Lots with iPhones, almost everyone, but ZERO Apple Watches !

Well there you have it. The program is doomed!
Score: 3 Votes (Like | Disagree)

MisterSavage
I'm curious what the activity goals would be. Different people have such varying fitness levels and limitations.
Score: 3 Votes (Like | Disagree)
Read All Comments

Wednesday July 1, 2020 1:57 am PDT by Tim Hardwick
Leaker L0vetodream this morning posted a tweet corroborating recent rumors that Apple's "iPhone 12" lineup won't come with EarPods or a charger in the box, adding that this will also eventually apply to the existing second-generation iPhone SE. L0vetodream also claims that future iPhone packaging will be "thinner" and "exquisite," which would make sense if Apple's handsets are set to come in ...
Read Full Article • 249 comments