Bethesda has updated the iOS versions of DOOM and DOOM II with some notable features that should please fans of the original classic first-person shooters. 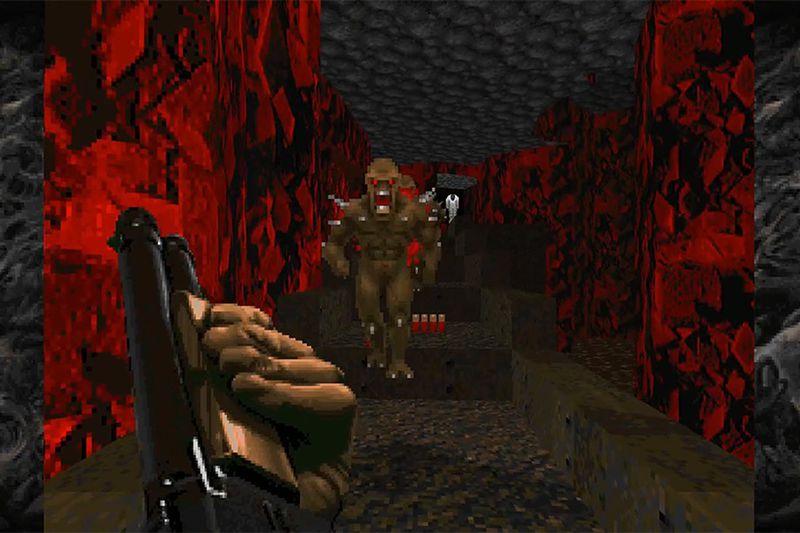 Both games now offer an increase in framerate from the original 35fps to 60fps for smoother gameplay, and a new aspect ratio has been added that stretches the display vertically to match the original 4:3 aspect ratio that the game was intended to be played in.

There's also added support for quick saves and a new option to select any episode, map, and difficulty setting for immediate play, without having to clear the previous levels first.

Perhaps the biggest addition though is support for DOOM and DOOM II community add-ons. These will be curated and offered as free downloads from the main menu, and Bethesda says that it is open to suggestions as to which community-made episodes it should include in the future.

As it stands, players can load up John Romero's SIGIL, as well as TNT Evilution and The Plutonia Experiment, the latter two forming 1996's Final DOOM release. As noted by our sister site TouchArcade, DOOM II also gets No Rest for the Living, which is a map pack originally available on Xbox Live.

Gamers will need a Bethesda.net account to access the add-ons, but the good news is that Bethesda has removed the online log-in requirement that caused so much frustration when the games were released last year.

A full rundown of all the updates and improvements can be found here. DOOM and DOOM II are available to download for iPhone and iPad from the App Store and both games are priced at $4.99 each.

oneMadRssn
How do you type in IDDQD and IDKFA in this?

peglegjack
They still have those piss poor controls they implemented. Bring back the old John Carmack controls or this is all moot IMO.

Better yet, get a copy of these games off Steam, download GZDoom, and have a way wayyyyyy better experience.
Rating: 3 Votes

Bazooka-joe
If the old classics could be ported to Apple TV, that would make a world of difference
Rating: 3 Votes

iamgalt
Do these games support the use of an Xbox controller, or do you have to use the touch screen controls? If they support the controller, I might download these.
Rating: 1 Votes

Thank you for bringing this up. You've made my weekend much better.
*Apologies to all for the forthcoming thread jack.*
When I saw those DOOM cheat codes, I remembered I had a binder, somewhere in the recesses of my garage, that had those codes and many more for many other games. In the process of searching for that binder, I came across a beat-to-hell box labeled XBOX n STUFF. In it? My original PS1 from 1998, PS2 from 2001, and my OG XBOX from 2002. The PS1 and PS2 were dead. :( The XBOX $%^T$%% works!!! Not only does it work, the remote and the DVD module work too!!! I had to go to Microcenter to get a component to hdmi converter, but the 18 year old machine works perfectly. I will be nostalgia gaming with my buds (everybody's stoked) between NFL playoff games.

My friends and I have voted you our new favorite person. Congrats!! You have also been voted my wife's least favorite person (she was the only voter). Don't sweat though. Just means that if she hands you a beer, know that it has been shaken unmercifully.

Seriously, thanks for bringing up the DOOM cheat codes.

Those cheat codes are burned into my memory forever. I can't recite the quadratic formula from memory, but pretty much all the DOOM cheats I can.
Rating: 1 Votes


Yes I am wondering that. If they do then might download them and mirror via my ATV
Rating: 1 Votes

And below you can find some interetings total conversions...


How do you type in IDDQD and IDKFA in this?

(Also a fan of IDBEHOLDL)

If I remember correctly, these don't work with these version. The same problem is with the Doom 1 and 2 versions, that are included with the Doom 3 BFG Edition.
Rating: 1 Votes
[ Read All Comments ]