Last month, in a research note with TF International Securities, analyst Ming-Chi Kuo said he expects four high-end iPhones with 5G support to launch in the second half of 2020, including both sub-6GHz and sub-6GHz-and-mmWave models. 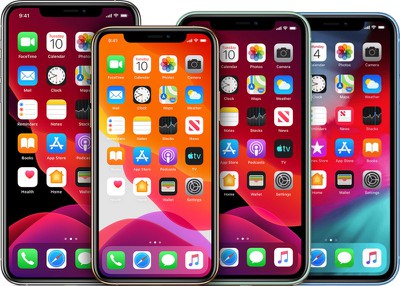 Kuo said iPhone models with mmWave would be available in five markets, including the United States, Canada, Japan, Korea, and the United Kingdom, adding that Apple may disable 5G functionality in countries that do not offer 5G service or have a shallow 5G penetration rate to reduce production costs.

Based on checks within Apple's supply chain, however, Susquehanna analyst Mehdi Hosseini disagrees with Kuo's timeframe. Instead, he expects 5G-enabled iPhones to launch in two phases, including sub-6GHz models in September 2020 and mmWave models in December 2020 or January 2021.

The allegedly delayed launch of mmWave models stems from Apple's decision to use its own antenna-in-package modules instead of relying on a third-party supplier, said Hosseini, according to StreetInsider.

mmWave is the fastest 5G, utilizing new spectrum to provide theoretical download speeds of over 1 Gbps. Sub-6GHz is slower than mmWave, but it is still faster than 4G LTE and has broader coverage that makes it more suitable for rural areas.

Hosseini also expects one of the 5G-enabled iPhones to have an LCD, whereas Kuo said all four models would ship with OLED displays. One 5.4-inch model, two 6.1-inch models, and one 6.7-inch model are expected.

Kuo has a more established track record than Hosseini, so Apple's exact roadmap remains to be seen.

Most people wouldn't want to buy another iPhone with an ugly notch screen.

Dennison
People that continue to bemoan the notch give me a good laugh. It remains the most functionally clever way to handle the sensors and front-facing speaker/mic necessary for phone calls and Face ID. It’s also the best way to identify “Oh, that’s an Apple iPhone” from the front, making it distinctive. I’ve found it also makes understanding which way is up easier and points to where to swipe up to get in.

Apple will only redesign the front display panel, or the notch cutout design until they can meaningfully tweak what’s going on up there. It wouldn’t surprise me if the front looks largely the same, for say another 7 years, as the last style of home-button shaped screens lasted 10 years.
Score: 10 Votes (Like | Disagree)

Furthermore you don't even notice it after a few days of use.
Score: 4 Votes (Like | Disagree)

People that continue to bemoan the notch give me a good laugh. It remains the most functionally clever way to handle the sensors and front-facing speaker/mic necessary for phone calls and Face ID. It’s also the best way to identify “Oh, that’s an Apple iPhone” from the front, making it distinctive. I’ve found it also makes understanding which way is up easier and points to where to swipe up to get in.

Apple will only redesign the front display panel, or the notch cutout design until they can meaningfully tweak what’s going on up there. It wouldn’t surprise me if the front looks largely the same, for say another 7 years, as the last style of home-button shaped screens lasted 10 years.

Take into consideration, tech sites (As in Some very disgruntled/pedantic members) purposely vent about the notch becausenNo one else will listen to them/no one else cares about the notch. That’s the reality, is the notch has no relevant discussion in the outside world from a tech site. It always was a non-issue, and of any iPhone user(s) I’ve ever come across, no one even actually knows what to refer to the notch as. It is and always will be...a non issue.
Score: 3 Votes (Like | Disagree)

A lot of people keep their phones for 3-5 years nowadays, and they want to future proof. If you want an iPhone without a notch, you might want to take a look at the soon to be released “SE2”. It’ll be about $400.

Most people wouldn't want to buy another iPhone with an ugly notch screen.

I was very anti-notch when I saw the X announced. Remained anti-notch until I upgraded from my 5s to the 11 Pro a couple of months ago and I can tell you I stopped noticing it in the first hour. It never even crosses my mind that it's there now.
Score: 2 Votes (Like | Disagree)
Read All Comments

Friday May 7, 2021 6:55 am PDT by Sami Fathi
According to Apple leaker Jon Prosser, Apple's upcoming release of the MacBook Air will feature various colors, similar to the colors in the newly released 24-inch iMac. In the latest video of his YouTube channel Front Page Tech, Prosser says the same source who accurately provided him information on the first Apple silicon iMac coming in colors has told him that he recently saw a prototype...
Read Full Article • 346 comments

Sunday May 9, 2021 2:00 am PDT by Sami Fathi
Zoom, a hallmark platform used by millions during the global health crisis, has been given access to a special iPadOS API that allows the app to use the iPad camera while the app is in use in Split View multitasking mode. This case of special treatment was first brought to attention by app developer Jeremy Provost, who, in a blog post, explains that Zoom uses a special API that allows the...
Read Full Article • 279 comments