Update: MacRumors has obtained what appears to be a legitimate internal bulletin from Apple that indicates both Apple Store and AppleCare support employees from levels S1-S5 will be eligible to receive free access to Apple Arcade and Apple TV+ starting January 6. The bulletin does not mention Apple Music.


At least some Apple Store employees will receive free access to Apple Music, Apple TV+, and Apple Arcade starting in January, according to 9to5Mac. 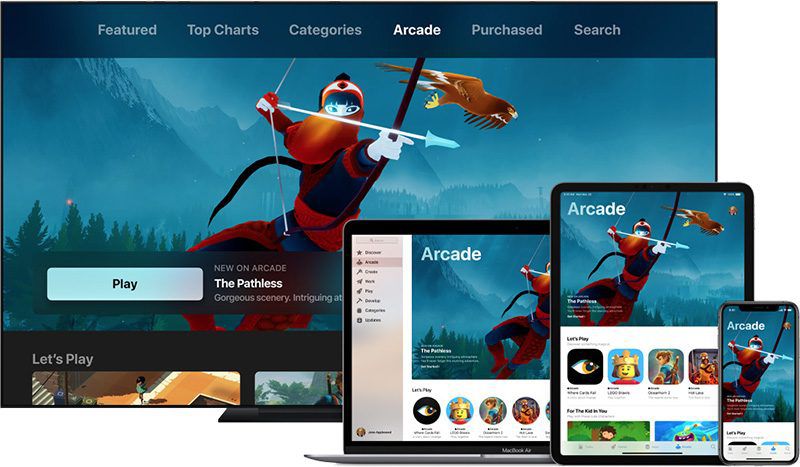 The report claims the perk will be limited to individual use by the employees themselves, so if they wanted to use Family Sharing for any of the services, they would have to pay for a subscription on their own.

It is unclear based on the report if every Apple Store employee will be offered this perk or if the perk will available globally.

Apple can benefit from offering this perk by having more of its employees gain first-hand experience with three of its major services, which can be useful when interacting with customers. It's unclear how long it will last.

Apple Store employees have been offered various perks over the years, such as 50 percent off the purchase of an Apple Watch in 2015.

cardfan
In other news McDonald’s employees eat free. Gotta give the grunts something.
Rating: 5 Votes

sinsin07
Dag, it would seem that if you want your front line people to support products well, you would have done this awhile ago.
Should have included Apple News...gotta get those sub numbers up...:p
Rating: 3 Votes

hipnetic
Employees are probably thinking, "Gee thanks." It's like getting a subscription to the "Jelly of the Month" club.

Also, this is a great way for Apple to artificially boost their Apple TV+ and Arcade subscription numbers.
Rating: 3 Votes

darkslide29
I already spend too much time on MacRumors and can probably answer any customer question like I do with friends and family. It is sounding worthwhile to work there on the weekends to talk to people about Apple products, while getting these free perks and discounts. :D
Rating: 2 Votes

Plett
The only thing that surprises me is that they didn't already have those offerings as perks.
Rating: 2 Votes

Employees are probably thinking, "Gee thanks." It's like getting a subscription to the "Jelly of the Month" club.

Also, this is a great way for Apple to artificially boost their Apple TV+ and Arcade subscription numbers.


Apple is unlikely to disclose any numbers, and even if they did, it would probably be only for paids but I guess we’ll find out in a future earnings calls ?‍♂️

I don’t really see a reason to be concerned but ymmv.

In any case I t’s amusing to see posters project their own contempt for Apple onto their employees. I suppose it could be that employees might be upset with this freebie and might look a gift horse in the mouth scornfully, but I’m skeptical.
Rating: 2 Votes

Dag, it would seem that if you want your front line people to support products well, you would have done this awhile ago.
Should have included Apple News...gotta get those sub numbers up...:p

Agreed on the first part—the cost to Apple is minuscule vs. what it would cost to provide their employees with physical hardware.

And with an Apple employee in the family, I can confirm it does in fact include Apple Music, but only an individual subscription.
Rating: 2 Votes

henrod
I have a drawer full of the free iPods I got as a store employee. Also the first iPhone. And years of free .Mac!
Rating: 2 Votes
[ Read All Comments ]