Early reports from 16-inch MacBook Pro owners who have installed the macOS Catalina 10.15.2 update suggest that the new software fixes some of the speaker popping issues that were plaguing these machines.

According to a reddit user, after installing the update, the popping issue is no longer occurring, even after attempts to trigger it in VLC, Safari, Chrome, Netflix, YouTube, Premiere Pro, and Amazon Prime Video, all apps 16-inch MacBook Pro owners previously complained were affected. 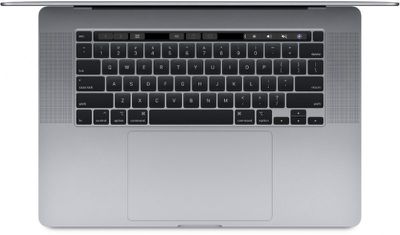 There are similar reports from 16-inch MacBook Pro owners on the MacRumors forums. MacRumors readers Dextera, donawalt, and Lobwedgephil say their popping problems are entirely solved.

Reports from other 16-inch MacBook Pro owners are more mixed, though. Some users say that the update improves the popping problem, but does not eliminate it entirely.

Some users are hearing lighter and more muted popping sounds in apps like Chrome and Safari, and some report that the popping has stopped for some apps like Spotify, but not for others. From MacRumors reader Ries:

10.15.2, occasional pops still happen for me in all scenarios. Thou a lot less frequent and at lower volume than they used to be.

Just installed 10.15.2 and can confirm that although the popping has been significantly reduced (more often it sounds like a minor crackle as I would expect when signal is cut), it is still there. I'm inclined to think that since the issue has been reduced as it has, if you're not hearing it you may just not be hearing the old sound, as it now sounds different. It's about 50% of the max it was previously (the loudest I experienced).

I also had to skip pretty aggressively in YouTube to really get a good pop - better, but certainly not fixed. I also had my volume up quite loud, but not full.

16-inch MacBook Pro owners have been complaining of popping sounds since the machine was first released in October. Apple in a memo to Apple Authorized Service Providers confirmed the popping issue and said that a fix would be implemented in the near future.

When using Final Cut Pro X, Logic Pro X, QuickTime Player, Music, Movies, or other applications to play audio, users may hear a pop come from the speakers after playback has ended. Apple is investigating the issue. A fix is planned in future software updates. Do not set up service, or replace the user's computer, as this is a software-related issue.

Apple in its note to service providers said that the fix would require updates plural, not a single update, which may explain the mixed reports that we're hearing from 16-inch MacBook Pro owners. The macOS Catalina 10.15.2 software appears to partially address the problem, but further software updates may be required to stamp it out entirely.

currahee2100
Do they not test this stuff before putting it in production? For a really expensive computer, this is unacceptable.
Score: 23 Votes (Like | Disagree)

A real professional wouldn't be relying on the built-in speakers in the first place.

Exactly! Apart from 5 kilograms of dongles, real professionals also carry 7 speakers and one subwoofer in their backpacks. Duh!
Score: 18 Votes (Like | Disagree)

Falhófnir
Sounds like the gruelling (unnecessary) yearly major software updates have finally caught up with them and software quality is suffering when they don't go to unusually great lengths to optimise (e.g. iOS 12)? With MacOS in particular the new features brought with each new version is now so scant it's not really worth having a major version per year any more. Make it a biennial update cycle and spend two years polishing, patching and perfecting, and spend over a year building and testing the next major version.
Score: 9 Votes (Like | Disagree)

I've heard a couple of pops and crackles over the past couple of weeks with my 16" MBP. Definitely not anything to cry over though. A real professional wouldn't be relying on the built-in speakers in the first place.

A lot of professionals use the built in speakers when they are on the run, film editors and assistants can have a mobile offline system on set. No, it's not for final print masters, but it's a fantastic convenient reference. Initial reviews have praised the speakers, why not take advantage of using them without irritation.
Score: 9 Votes (Like | Disagree)

I've heard a couple of pops and crackles over the past couple of weeks with my 16" MBP. Definitely not anything to cry over though. A real professional wouldn't be relying on the built-in speakers in the first place.

And what about a real professional who's not in the audio/video business? Sucks to be him right?
Score: 9 Votes (Like | Disagree)
Read All Comments