Apple CEO Tim Cook this afternoon attended the Salesforce Dreamforce 2019 event, where he sat down with Salesforce CEO Marc Benioff to discuss how Apple and Salesforce "ignite productivity" on mobile devices.

During the talk, Cook did share some of the ways that Apple and Salesforce work together, but he also covered many of his favorite talking points on Apple's values, environmental efforts, privacy focus, and his memories of Steve Jobs. 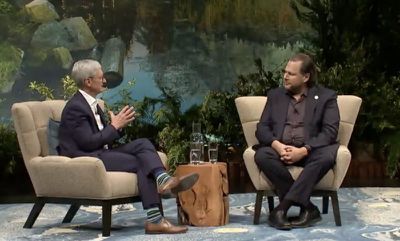 On innovation, Cook said that many people confuse with innovation change, and Apple's focus on innovation is its secret.

So many people confuse innovation with change and they become convinced that innovation is just change, but we [Benioff and Cook] and our companies recognize that innovation is about making things better, not just changing them. That requires a depth of thought beyond change. That's Apple's secret.

Cook said that Apple's goal is to make the best products and enrich people's lives. "If we can't do both of those, we pass and go to the next thing," said Cook, explaining that Apple works on just a few things, but tries to do those well.

Cook then asked who in the audience owns an iPhone, and made a joke: "If you own an Android," he said, "We recycle those at the Apple Store."

The discussion turned to Steve Jobs, as Jobs unveiled multiple products at the venue where the Dreamforce event is taking place. "I can feel him and his presence whenever I come here," said Cook. "A lot of memories here."

When people think of Steve, they think about products. But I really think of the simple things that he did. Every day, he left the office before I did, but he would always stop by my office before he left and exchange notes on the day. It's the simple things like that - the friendship - that I hold. I remember him more than once rehearsing on the stage and sort of going way off script in a way that only he could do and making people laugh along the way.

Cook went on to discuss Apple's values, emphasizing the company's privacy efforts, DACA advocacy, use of 100 percent renewable energy, efforts to get its suppliers to also use renewable energy, and an "audacious goal" of using only recyclable materials. "We stretch ourselves well beyond what we're currently able do to and we want to leave the world better than we found it," said Cook. "That's very important to us.

We've doubled down on this many, many times. We've looked in the mirror hard because we want to be a steward of the earth. We didn't want to do the things you're legally required to do, we wanted to go way beyond that.

Cook said that Apple wants to be the "ripple in the pond" when it comes to taking on goals like improving the environment and advocating for equality and human rights. "We don't want to market, we want to do," he said. "We want to make a difference." He went on to say that Apple doesn't want other companies to copy Apple products, but Apple does want people to "copy us this way."

He also explained that the well-known "Think Different" slogan is still a major part of Apple's culture.

Think different is still embedded in Apple very deeply. We don't want to play the game as it's been designed for decades or centuries, we want to play a new game. People are so smart you can generally believe that you can do things in the same manner and you're not going to get a better result than people have gotten for decades - you have to come up with a new way of thinking.

Cook also unveiled his own personal purpose and what he believes people should strive for.

Using that as a north star, you can make a lot of decisions that can be very complex, and you can make them pretty simple. That you're here in the service of other people. That it's not about you. I very much deeply believe that.

Cook's full discussion with Mark Benioff is available on the Salesforce website with additional insight into Apple's work with Salesforce, its values, and more.

fumi2014
As an Apple customer for many years, I feel deeply uncomfortable about my relationship with them. On the one hand, they make great products and offer world-class services.

On the other, they are utterly reprehensible. China. The tax issue. Lobbying for cheaper tariffs. The fake platitudes and virtue signalling.

I guess most companies are this way now.
Score: 27 Votes (Like | Disagree)

nt5672
We used to to assume that "Think Different" was really closely related to "Think better", but we've found out recently that is not the case any more.

Anyway, Cook's Apple is about using press appearances to try to change the narrative, instead of letting the product make the narrative.

Say what you want, but Jobs relied a lot on the product to make his points, Cook not so much.
Score: 20 Votes (Like | Disagree)

taptic
Ah yes, embedded very deeply. Might need a shovel to get at any of it.
Score: 18 Votes (Like | Disagree)

farewelwilliams
well... he does think different from steve
Score: 14 Votes (Like | Disagree) 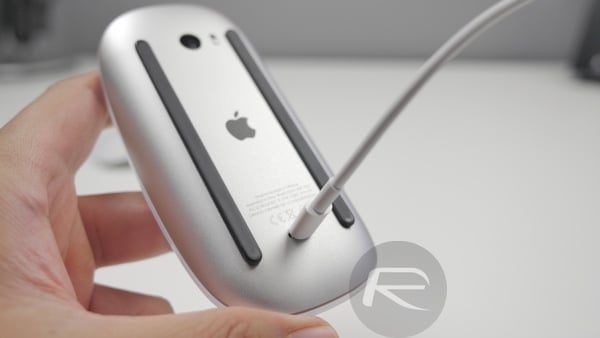